Sankar, a Legendary Artist Who Created Vikram and Vetal

In the fantasy land, sword-wielding King Vikram, and Vetal were the favourite characters among ... 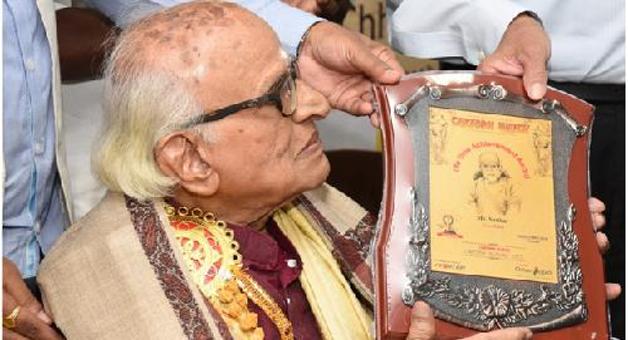 In the fantasy land, sword-wielding King Vikram, and Vetal were the favourite characters among Indian children of several generations of the earlier years. Many readers may not know that K.C. Sivasankaran (popularly known as Sankar) was the artist behind the sketches of King Vikram and Vetal, published in the magazine Chandamama, in 13 Indian languages with a circulation of more than 9 lakhs (900,000). 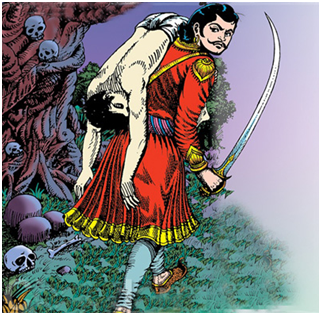 Sankar (92) was honoured with the 'Life Time Achievement Award' by Cartoon Watch at the recent Cartoon Festival 2015 in Chennai. The editorial team of PreSense had a freewheeling chat with the legendary artist who indulged in recollecting his memories.

Sankar recalled that when he was a student in the school, his drawing master recognised his talent in drawing and advised him to join the 'College of Fine Arts" at Chennai instead of joining a degree course, as it was difficult for graduates to get employment during that time. Braving the rigorous process of admission, Sankar joined the 5-year course at the Fine Arts College. He was one of the outstanding students in drawing. The College selected him as one of the five students to meet Mahatma Gandhi when he visited Chennai in 1946 and to draw posters on the theme 'Harijan Upliftment'. He proudly recalled how Mahatma had appreciated his posters.

In 1946, he joined 'Kalaimagal', a Tamil magazine, as an artist. Later in 1952, he moved to Chandamama Publications to earn an additional salary of Rs.50/-, which was a substantial amount during those days. He continued in the same organisation for 60 years till 2012. At 92 today, he continues to contribute by drawing cartoons from home, for other magazines.

During the Cartoon Festival, the media persons had requested him to draw a picture. He immediately picked up a pen and began drawing a picture on a piece of paper, with a steady hand. (photo in Cover Story 1)

He said that he got his inspiration from Ravi Varma paintings. Sankar has a passion to draw characters from Purana and Itihasa. It is said that N T Ramarao, former Superstar of the Telugu Cinema used to refer to his drawings for the designs of his character costumes. Sankar said a good artist needed to understand about the human anatomy to help in his drawing.