Leadership Communication - How to emerge as effective leader? 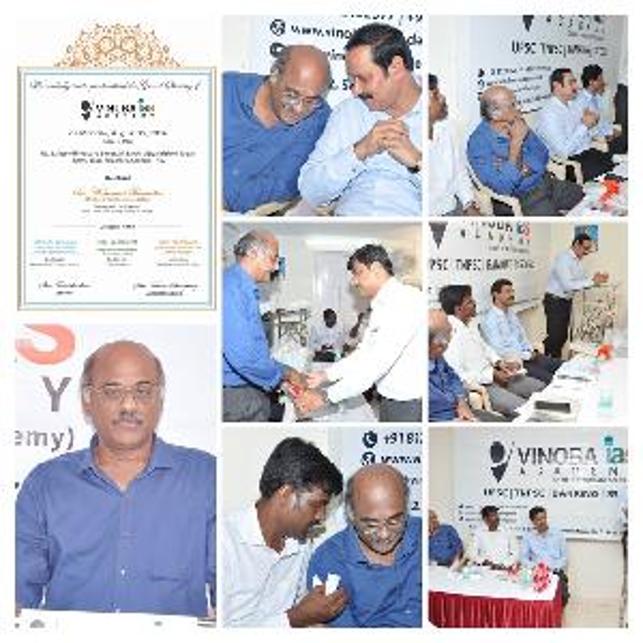 Vinobha Bhoopathy, an enterprising advocate launched Vinobha IAS Academy at Velacherry, Chennai on 29th August 2016 to prepare IAS aspirants to face the examination and interview. Dr Anbumani Ramadass MP inaugurated the IAS Academy and spoke about the role of bureaucracy in the democracy. As a former Union Cabinet Minister, he quote several examples of how bureaucracy has saved the system by providing proper guidance to the Government. He also quoted the example of Smt Amudha IAS, who did an excellent work at Dharmapuri District. He suggested all IAS aspirants to prepare well for the competitive examination and be successful. He suggested them to keep the interest of the nation uppermost.

Prime Point Srinivasan spoke on Leadership Communication. He was quoting the examples of how a leader emerges in a situation. He suggested that a leader should be a visionary and also a good communicator. He explained as to how body language, eye contact, listening and verbal communication skills make a good leader. He quoted the example of a young political leader, when introduced to him was casually shaking hands exhibiting an arrogance. Such gesture and body language may not give a good impression to others, he added.