An Evening With Some Earthly Stars of Government Schools

It was an evening to remember when the Editorial Team met up with some students from various... 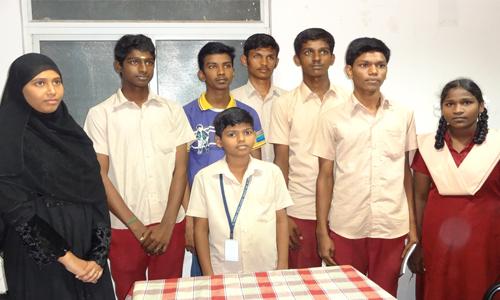 It was an evening to remember when the Editorial Team met up with some students from various Government Schools in the city of Chennai. These students were recently recognised and awarded for their achievements in their respective areas of proficiency. The awards function was organised by 'You Are Loved', a local NGO (Non-Governmental Organisation) that supports education and allied causes. All these students hail from economically challenged domestic backgrounds but their spirit, achievements and dreams soar in spite of these challenges.

The children, who were students of Standard 10 and 12 classes, turned up smart and spruced in their school uniforms. They all had a sparkle in their eyes and a bounce in their gait, reflecting the confidence and enthusiasm they emanated. As we sat down to chat with them, each one of them shared their dreams and aspirations with us.

We generally tend to look for talents in high-end schools. We rarely expect to find talents and jewels in the lesser known Government or Corporation schools. The Editorial Team wanted to showcase the talents from unexpected quarters, and meet such talented children and motivate them. Interestingly, the Editorial team returned home after being motivated ancpired by these children instead. 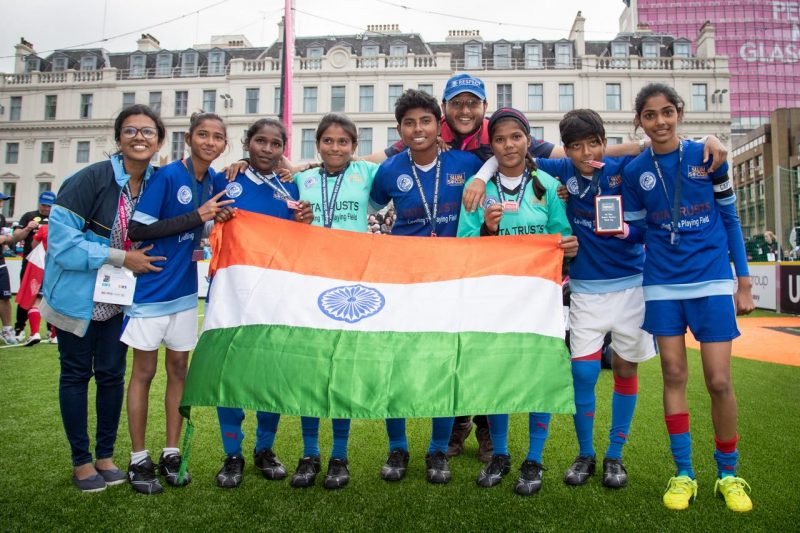 Sangeetha is a true embodiment of girl empowerment. Even as a pavement dweller, her housemaid-mother as a single parent, and her elder sister motivate her in her studies. Sangeetha is an ace footballer and represented India (the sole representative from the state of Tamil Nadu) in an 8-member team at the Homeless World Cup at Glasgow, Scotland in July 2016. India won the 5th place among 46 countries that participated. Sangeetha shared her experience about how dreams were dreamt to make them happen. She said she used to run out to the streets with her pavement friends at the sound of a passing aeroplane in flight, and wave out to it, hoping the passengers on board, would see her. Last July, when she arrived at the airport to board the aircraft on her way to Glasgow, she choked with emotion as she realised that she herself was boarding one of them to fly out. We were curious if she remembered to wave down from her window seat in the aeroplane. She smiled in response. Sangeetha is also a long-distance runner, a long-jumper and a shot-putter. (Photo : Sangeetha, third from left, in Glasgow with Indian Team)

Chandru won his award for his overall consistent academic performance. He aspires to be a pilot, with Dr. APJ Abdul Kalam, the late former President of India as his inspiration. Coming from a home with a single parent, Chandru helps support his family by delivering newspapers at doorsteps every morning before school. He is also skilled in masonry and works during holidays.

Ranjith Kumar, recognised for his discipline and outstanding academic performance, is a topper in his school. He aspires to be in the Indian Police Service (IPS), aiming to provide protection to women and senior citizens, who form the vulnerable section of the society today. Ranjith comes from a poor family where his father squanders as an alcoholic. His mother, his brother and his uncles are his support. His motivator is his school teacher who drives him to dream and work towards the dream. Ranjith is active in the sports field, and plays volleyball.

Premkumar aspires to be a scientist with the Indian Space Research Organisation (ISRO). He has keen interest in robotics and he won the prize for the second best project in robotics at a national level science exhibition held in the city of Bengaluru. After an outstanding performance in the Standard 10 examinations, he is striving to beat the record of the previous year's state top ranker, who is his namesake. Premkumar's role models are Subramania Bharati, the Indian writer-poet, and Indian independence activist and social reformer, and Dr APJ Abdul Kalam.

Noorul is a talented oratorical champion and essay writer. She has been a consistent topper in academics in her school. She hopes to repeat her performance in the forthcoming Standard 12 public examinations. Nurul aspires to become a District Collector as she dreams of promoting education among girls, just as it has brought her the empowering spirit to dream and achieve. She wants to be the 'Malala' of India.

Gopi is another school topper in the Standard 10 public examinations. He wants to study so that one day he acquires a doctorate. He dreams of working in the Indian Administrative Service and dedicate himself in the field of education because he is well aware that education is a powerful tool in life. Gopi shared his life episode of how he returned to school after dropping out for about 6 months due to an attack of typhoid fever. The fever kept him in bed for three months when he was studying in Standard 7. Having been an outstanding student during his entire school years, he felt embarrassed to get back to school after the break and suffer a possible dip in his academic record. He therefore went to work as a vegetable vendor. In the evenings, while he worked on the accounts for the day, his neighbour flower vendor would observe him, impressed with his handwriting, his intelligence and his adeptness with mathematics. He cajoled Gopi to return to school. Gopi who was aware of the dire financial state in his family, approached his aunt for support. Gopi soon returned to school to join the class in standard 8. There was no looking back thereafter. Gopi is also a good orator and debater and has won several prizes.

Yugesh Babu has been a consistently outstanding academic performer. He has held himself high as a role model both in school and at home. This is especially worth mentioning as he comes from a drug and violence prone neighbourhood at home. Yogesh has soared above the challenges of financial crunch at home, a physically challenged father and a violence prone neighbourhood. Yogesh dares to envision being successful in life while maintaining his integrity, and help his family out from the depressing environment. He is keen to learn computer technology.

Samuel is the youngest in the group, being a student of Standard 8. As the youngest recipient of the award, he stands out as a promising candidate for proficiency and academic achievement. He was recognised for his talent in the fine arts, especially oratory, singing and dancing. However, he aspires to be a scientist like his role model, Dr APJ Abdul Kalam. Alternatively, he hopes to be of service to the society as a doctor.

Bharathi is an academically outstanding student. She stood first in her school in the public examinations for Standard 10. She will soon be appearing in the public examinations for Standard 12. She was recognised for the award for her leadership skills. She too comes from a single-parent home, with her mother working as a sweeper in the school she studies in. Bharathi has outstanding oratorical skills that won her a place in the final competition of a state-level competition held earlier this year, organised by the Rotary Club with the Corporation of Chennai. She reached the finals from among 2000 student participants. She thus won herself an educational trip to Malaysia. Bharathi aspires to be in the Indian Administrative Service (IAS) with an ambition to help eradicate poverty. (In the photo Bharathi with her mother)

The Editorial Team met these students in the premises of the Chennai Higher Secondary School in Shenoy Nagar. Chennai. Not surprisingly, all the children considered Dr Abdul Kalam a role model. When asked about the current 'Demonetisation' initiative of the Government of India, all the children uniformly welcomed the initiative and criticised black money holders as the enemies of the society. However, they felt that they were inconvenienced for want of smaller denominations, which they were willing to put up with for the sake of the nation.

Jesse Jackson, an American Civil Rights Activist and a former candidate for the US Democratic Party presidential nomination, once said about himself, "I was born in a slum but the slum wasn't born in me". A similar spirit embodies these children who hail from challenging homes and backgrounds, and have soared to prove themselves and stand out like the stars that sparkle in the sky. As the line from a popular song goes, "Let these stars not get lost on this earth."