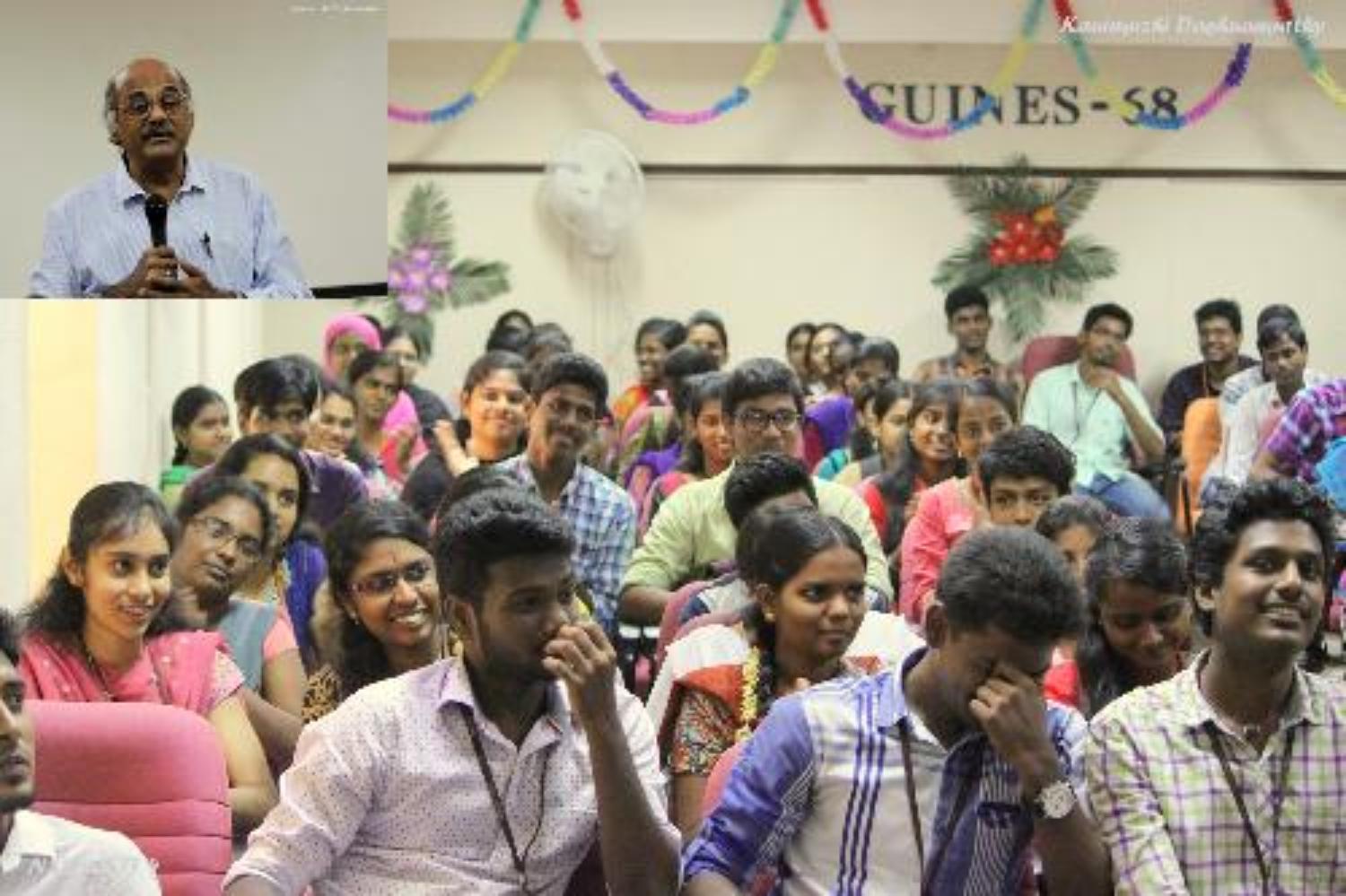 Prime Point Srinivasan addressed nearly 100 National Service Scheme (NSS) students of Anna University on Saturday the 22nd October 2016. While addressing the students, Srinivasan, insisted the students to use the social media with high level of responsibility and not to get addicted to social media.

He advised the students to understand the difference between the real world and virtual world.

He said that there were three eras that influenced the mankind in the world, particularly youngsters.

1. Before the introduction of internet commercially i.e. before 15th August 1995.

3. After the emergence of social media i.e. after 2004 till date. Srinivasan said that before the concept of internet, the people had enough time to interact personally with each other and to spend enough time on various productive activities.

He considered the second era as a 'Golden era', during which time, the blogs and other internet tools emerged. These tools were very helpful to improving the writing and thinking skills of people.

He expressed concern that after the emergence of twitter and facebook, youngsters spent lot of time in the social media in an unproductive manner. He also felt that the writing skills of the youngsters got damaged due to the shortened terms.

Finally, he appealed to all youngsters to use social media like 'shoes' which are left outside the house and use them when necessary.

He appealed to them to enjoy the real world by interacting with all friends, instead of spending time in the social media.