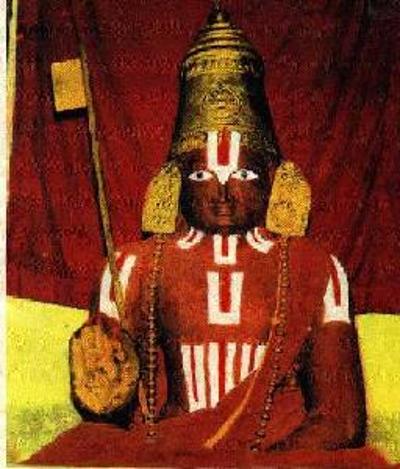 Sri Ramanuja is believed to have lived for 120 years dedicating his entire life to a spiritual life with social justice. Although he was born in a Brahmin family, he selected his spiritual Guru from a different community.

One thousand years ago, when temples forbade the entry of 'lower' caste people, Sri Ramanuja allowed them into the temple and to participate in all the temple rituals. He accepted his 'sishyas' (students) from all communities, including the 'downtrodden' caste. He treated them all equally. He valued a person not by his birth or caste but by his devotion to God, irrespective of his social status.

He addressed the downtrodden caste people as 'Thiru Kulathar' (meaning Descendants of Maha Lakshmi). It may be noted that Mahatma Gandhi in the 20th century called them 'Harijans' (Descendants of Lord Vishnu). Sri Ramanuja administered 'Pancha-samaskara', to all people irrespective of their caste. 'Pancha-Samaskara' was a ritual which was administered only to the upper caste people, to initiate them into 'Vaishnavism'.

He created 'Standard Operating Procedures' for all Vaishnavite temples, thus providing the opportunity to all the people irrespective of their community, to worship and participate in the rituals. The concept of 'social engineering' was introduced by him in those days. Even today, all the Vaishnavite temples in the South follow this procedure.

When the Moghul King conquered the Mysore area and took away the idol of Lord Vishnu from the Melkote temple, Sri Ramanuja went all the way from down south, to Delhi and brought back the idol and re-installed it in the temple. The Muslim princess at Delhi who was fond of the idol, could not bear the separation and came down to Melkote. In her honour, Sri Ramanuja established a shrine in the temple and named the shrine 'Bibi Nachiar'. Even today, only Roti is offered in this shrine in accordance with her tradition.

Sri Ramanuja provided free 'prasadams' to all devotees. He constructed many 'Ramanuja Kootams', similar to the modern day 'Yatri Nivas' and provided free food and shelter to all pilgrims. He insisted on the cleanliness of the temple kitchen in all temples. 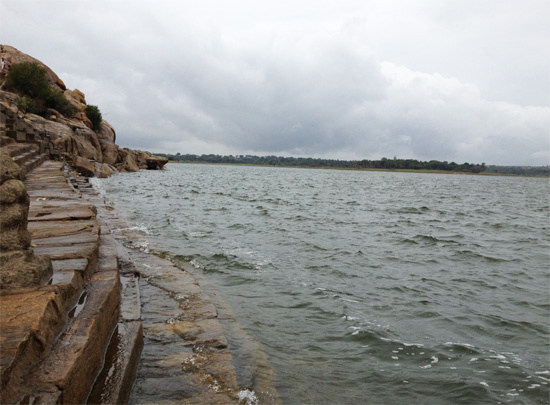 He was also a great visionary. He renovated many temple tanks and constructed tanks in villages. He insisted on 'rain water harvesting' to ensure sufficient water supply to the people all times. He designed and built a lake near Melkote between two rocky hills. He named this lake Thirumala Sagar. This lake, popularly known as Thondalur Lake (picture left) has medicinal properties and that its water has never dried up since its creation, even in severe drought conditions.

He travelled the entire nation and created a mass movement on 'spiritual renaissance', combining spirituality with social justice. He authored several books in Sanskrit. His books, Sri Bhashyam (inner meaning of Brahma Sutra) and Gita Bhashyam (inner meaning of Bhagwat Gita) are considered authoritative by scholars today. Sri Ramanuja's concept of social justice has greater significance in the world and the society today.

PreSense has submitted an appeal to the Government of India to honour the birth day of Sri Ramanuja as 'Social Justice Day' and to release a coin and a postal stamp in his honour.