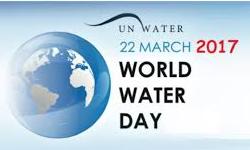 Recently, disturbing news about drought-hit Tamil Nadu farmers protesting at Jantar Mantar in New Delhi, flooded the prime-time television news slots and the front pages of the Indian dailies, and the social media. Depletion of water supply has become a universal crisis, and India is especially hit by failure of rains and failure to capture whatever little rain the country receives during the year. The time has come when we have to turn from sourcing only fresh water supply to recycling wastewater. Wastewater is used water from domestic, business and industrial sources. Incidentally, March 22nd every year is World Water Day and this year's theme is 'Wastewater'.

The increasing strain on water supply is attributed to lack of government planning to efficiently and effectively capture the rains and water supply when available, competing demands from different quarters of the population, the ever-rising population and the excessive water-draining agricultural practices.

India has the maximum number of people – 63 million – living in rural areas without access to clean water. A global report ranks India among the top 38 percent of countries worldwide most vulnerable to climate change which includes droughts, and least ready to adapt. While India by itself may be able to do little about the adverse climatic changes, it has the potential to deal with it proactively. Unfortunately, it has done little. Every situation has a solution, provided it has the right will, determination and commitment to find and implement it.

For instance, the farmers at Jantar Mantar, demanding more budgetary allocation to cope with drought, fail to realise that the money can only temporarily and partially resolve the situation. They have not been protesting against the sand mafias who have been extracting sand from the rivers illegally, resulting in reduction in quantity and quality of water supply. At some point, water supply has to be available for money to buy. When Chennai was lashed by floods during December 2015, much of it was wasted due to release of brimming dams due to poor administration, thus wasting rainwater in uncaptured floods. The city therefore continues to suffer dreaded summer droughts.

In the case of agriculture, the most common and easiest method of field irrigation is flood irrigation. According to an American geological survey, half of this water is not absorbed by the crops, and flows away. This water could and should be recaptured for recycled use in the farm.

An alternative to flood irrigation is underground irrigation or precision micro-sprinkler and drip irrigation system that deposit small amounts of water just above the roots of the crops.

In Israel, where water scarcity has been a way of life for decades, the farmers use a technology that captures dew when it falls on the ground, and funnels it to the plants. They also use recyclable plastic trays that trap air and evaporating soil moisture and insulates the plants from extreme weather conditions, keeping them in perpetual moist soil pockets around the roots. Investing in such long-term water preserving methods should be a better alternative to just financial reliefs for drought. The Government has a major responsibility and role to play in planning and implementing such developmental and advancing technology to help make farmers' and consumers' lives less of a hardship.

A country like Singapore has limited sources of natural water supply. However, they have been efficiently recycling their wastewater to supply one third of the country's water demand, and is expected to cater to half of the demand by 2060. Water can be drunk straight from the tap across Singapore by anyone. This is proactive planning and implementation, which a country like India with its current proactive government, its liberal share of entrepreneurs, technocrats, industrialists, and investment, is capable of. What might be missing is the will and commitment, even among us fellow citizens who tend to look elsewhere for the solution to our problem. And let us not say Israel and Singapore have limited population to cater to. India has the greatest asset at hand – its large population of people as workforce with potential skills. Only the right attitude needs to be in place. 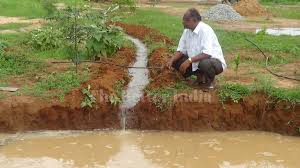