Home » Open Ed » The disruptor, divide between the demons and digital economy!

The disruptor, divide between the demons and digital economy!

Ghosts seem always fond of a man whether he is Chief Minister of a State or Prime Minister of the... 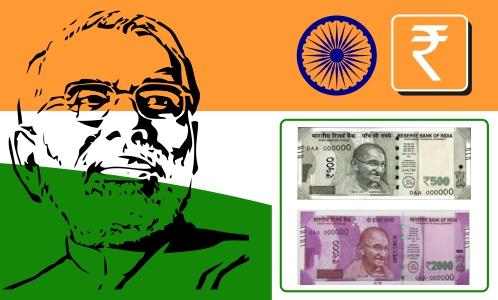 Ghosts seem always fond of a man whether he is Chief Minister of a State or Prime Minister of the country. As the demons of demonetization seem to haunt him, I am only reminded of a prime master-mind who himself became a ghost-master all of a sudden with an unexpected spell that wiped the fortunes of many a thousand and shattered the dreams of millions on a fine Friday evening.

In 2014, Mr. Modi may have emerged politically conquering all with his stellar stunning rise to the top. Not just the ghosts of Gujarat; the most powerful rivals within his own camp; shaking the very roots of the dynastic majesty in coalition at rule for most part; declaration of a daring surgical strike to the historic non-state narcissi near around, the list of ghosts is ever growing including those whom he has diplomatically conquered in admiration belonging to the high and mighty power nations across the world.

Today nearly after more than 10 days of a surgical-strike of a different kind in surprise against the black economy, much of what India had been for decades has dramatically changed most of it over-night for good or bad. Not just for his citizens, even for the 54-inch strong-man himself, the surprise evoked mixed emotions reflecting in him a warrior of different kind who is yet unshaken and resolute.

There have been already all kinds of reactions across different sections right from men and women fed-up of long queues in front of banks and ATMs to the political and business class, well-read economists and media from all over the world. There has been a heavy anti-demonetisation campaign in the Indian media. Even the significant part of world media that showed mixed reactions initially is now unanimously criticizing the decision as a costly political move, disastrous to poor, bad economics, beneficial to corrupt rich, and prone to protests. The central government has not been spared of a warning even from the apex court on the need for managing the current situation.

Is Mr. Modi's decision to mutate the high value currency going to pay the country off dividends in the right direction?

The answers are both macro and micro socio-economic in nature and the outcome is expected to be seen both short-term and long-term. The economic structures in the country are so elastic and complicated that there are far too many loopholes and leverages available in the system. India is a land where the ghosts in scrupulous elements who know how to take advantage even out of an adversity. Therefore, there certainly exists a parallel economy of 'discounted legal and illegal tender' of the mutated tender which is supposed to be only illegal now.

No denying that the cash crunch has caused an unprecedented hardship to the common man especially to the lower, and middle class. In addition to the cash-heavy sectors, the rural economy is the most hit at the moment. There are even alarming predictions halving the GDP growth forecast in FY07 as a result of a weakened consumption demand, and muted investment growth.

The seemingly real and conspiracy theories propelled either in support or against by left or right wing extremism or the so called secular economists are floating to add to prevailing confusion. When I read or hear them, what is very clear is that the real macro-economic impact of this move can't be all that easily predicted immediately as there are many twists and turns over the course for us to see final verdict of this masterstroke move.

If anything that has fascinated me despite the hardships the move has caused is the man himself, and the fortitude of his mind, an un-conventional determination and decisiveness, the hall-mark traits of horizontal leader.

First the move as a decision is worthy enough of being revolutionary. Amidst the gloomy reality and when there is a perception and fear that the drive will disrupt the economy turning India into one of world's slowest economies, I know that I am thinking the unthinkable. Who can actually take a historic risk such as this and at a time already the economy is sluggish especially in India? Beyond any doubt, only a leader with fundamentally strong horizontal thinking and traits can risk disruption of this kind. It couldn't just be anyone than Mr. Modi in India.

I would be happy to see if this move can disrupt the source of political funding and electoral corruption in particular, the mother of all corruption, more than anything either immediately or in the future. A fitting example would be the 2016 assembly elections in Tamil Nadu which had seen an unprecedented flow of money flowing as voter bribing across all the constituencies forcing the Election Commission of India to postpone elections in two constituencies, something which has never happened in the electoral history. It is reported that the two principle parties in the state had spent more than fifteen thousand crores for voter bribing alone. Obviously, all of this is black, and it won't require any science to guess where has all this money come from? The two main political parties have only disrupted corruption itself and the repeat of Tamil Nadu is definitely possible anywhere across the country. It is high time that the Election Commission itself requires disruption for remaining to be a toothless body, and sometimes captive in the hands of corrupt politicians in power. So, the high cost of funding elections and corruption go hand in hand as untaxed wealth or black money drives political funding in India. The elected representatives thus become beneficiaries in the hands of the corrupt high and mighty who provide such funds in turn to become beneficiaries of power.

The political parties who are currently opposing the move are not only doing so on behalf of suffering people but themselves too. The bitter truth is that Mr. Modi's move has disturbed them in a way making it difficult for them to raise large amount of unaccounted political funding in the future. I wish this becomes a reality.
Next Page 
Tags
Demonitisation    Narendra Modi    Horizontal leadership    Persona Leaders
Follow