Media Should Stop Sensationalising Social Issues and Be 'Change Catalysts'

Rohith Vemula commits suicide, apparently in disillusionment and disappointment with his life and... 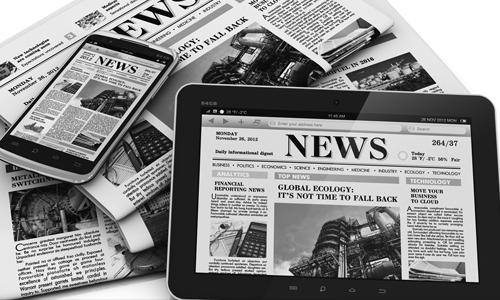 Rohith Vemula commits suicide, apparently in disillusionment and disappointment with his life and his social circle's discrimination against him…..Saranya, Priyanka and Monisha apparently commit suicide over hopelessness and frustration about their college administration and facilities…..17-year-old girl of Jharkhand commits suicide after being denied the facility of a toilet at her home…..Youth commits suicide over failed love affair.

Has suicide become the new buzz word among the youth or are we just getting better informed about these occurrences, because of the hyperactive and sensationalising media? Even though one suspects the latter as the reason, it does not diminish the gravity of the situation. Where youth should reflect life, hope and enthusiasm and thus, solace for the aging generation, this trend of despair among the youth must disturb the nation at large.

Stirring emotions and aggression does little to resolve. Prime-time war of words with people both connected and unconnected with the issue, including passing celebrities, results in much ado with nothing positive or constructive for an outcome. The media, especially the real-time channels that thrive on TRPs for their 24/7 relays, seem to rely on sensationalism to keep them going. They call this 'responsible and investigative reporting for the people of India'. Besides reporting the tragic stories, the media sets up a virtual court martial and demands the resignation of the suspected culprit or coerces him to apologise on live television. The solution is not in an apology or resignation alone, or even in just confronting and cornering the accused at the debate forum on air.

Stirring emotions and aggression does little to resolve. Prime-time war of words with people both connected and unconnected with the issue, including passing celebrities, results in much ado with nothing positive or constructive for an outcome. They only cause riots and futile disruption and then when fatigue sets in, people go back to their lives as before until another tragedy strikes and another one bites the dust. It is not enough to inform. One needs to inform correctly and productively.

To cite an example, in the case of Rohith, the police had clarified after verifying documents that the student was not of the reported community and that his certificate of that specific community was 'procured'. However, this report was ignored and the issue of communalism was fanned during the reporting. Besides, the issue should be that a student resorted to a drastic end, whether he belonged to a particular community or not. A suicide is a suicide, irrespective of who the person is.

In these kinds of social issues, the problem goes beyond the specific case of the victims and the culprits. If the media adorns the role of an investigating and monitoring entity, they need to do more than emoting over sensational news and events. If the media are only change-catalysts and not change-makers, they still need to do a more conscientious job there too.

For example, Rohith and his friends have been facing discriminatory issues for over three months before the tragedy of Rohith's suicide happened. The same holds good in the case of the three girls of the naturopathy college in Tamil Nadu State. The issue to be addressed is the fundamental and underlying issue of discrimination by the authorities, excesses by the colleges, lack of sanitary facilities at the grass root levels. One needs to sustain the tempo till the issue is addressed, and the media plays a key role as the popular medium of communication and influence for the people.

What strikes as a matter of utmost concern and worry is the vulnerability of the youth today and their lack of resilience to face their life issues. They seem to buckle without a fight. To quote Dr. APJ Abdul Kalam, 'When a problem arises, become the captain of the problem and defeat it!".

The media, including the movies, play a key role in influencing the trend of the youth today. Their corporate social responsibility towards the youth is primary here. They will need to re-think and re-tune their policy, strategy and approach to their job of coverage and reporting and entertaining so as to live up to their assumed role as change catalysts to make India 'Incredible' for the right reasons.