Corruption in India is a major issue that has been adversely affecting its economy. The alleged... 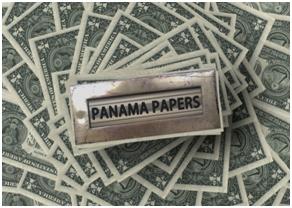 Corruption in India is a major issue that has been adversely affecting its economy. The alleged causes of corruption in India include excessive regulations, complicated taxes and licensing systems, lack of transparent laws and processes, and much more.

Many of the biggest scandals since 2010 have involved government officials at very high levels, right up to the Cabinet level at the State and Union levels. Indians have been exposed to the 2G Spectrum Scam (₹1.7 lakh crore, ie. US$25 billion), the 2010 Commonwealth Games scam (₹70000 crore, ie. US$10 billion) and the Coal Mining Scam (₹1.86 lakh crore, ie. US$28 billion). All these seem petty when we compare with the latest discovery of the Panama Papers. This has become the current hot topic of the world today.

What Is The Panama Papers?

What Is In This Data?

The data called the Panama Papers brought to light information about the hidden wealth of prominent global leaders, business tycoons, celebrities and billionaires from 200 countries and territories across the globe. Mossack Fonseca worked with over 14,000 banks, law firms, company incorporators and trusts to service its customers.

Source Of The Leak:

The secret records were obtained from an anonymous source by the German newspaper, Süddeutsche Zeitung and shared by the International Consortium of Investigative Journalists with the British national daily newspaper, The Guardian and the British broadcaster, The British Broadcasting Corporation (BBC). The Guardian, working with global partners, includes journalists from more than 80 countries. The inevitable leak happened.

In over 20 years of investigations into corruption and financial crime, the British activist group, Global Witness has repeatedly shown how the secrecy that offshore tax havens for investment allows corrupt officials to steal from their people and stack away abroad. This kind of corruption props up abusive regimes, keeps developing economies dependent on overseas aid, and fuels instability and extremism. It is also bad for the global economy.

Floating a foreign company and registering it by going all the way to Panama is because of the reason that such jurisdictions as the British Virgin Islands, Bahamas, Seychelles and Panama offer the following incentives:

• Secrecy of information relating to the ultimate beneficiary owner.

Nearly 140 politicians from more than 50 countries, 29 billionaires featured in Forbes Magazine's list of the world's 500 richest people and the world leaders who have embraced anti-corruption platforms feature in the leaked documents. Names of around 500 Indians also figure in the papers. They have allegedly dealt with Mossack Fonesca, the Panama-based law firm for opening offshore companies and stashing away wealth.

In India, for a long time, the convertibility of rupees was not allowed. It was only in February 2004 that the Reserve Bank of India (RBI) announced the "Liberalised Remittance Scheme" (LRS) for the first time, permitting an individual to remit up to $25,000 a year outside India for purposes like medical treatment, education, gift, donation, buying shares, etc. The limit is now enhanced to $250,000.

In 2010, RBI clearly stated under the section "FAQs" of its website that LRS allowed buying of shares but specifically prohibited setting up of companies abroad by individuals. Some took the technical view that "acquiring companies was not the same as setting up companies".

According to the framework of law under the Foreign Exchange Management Act (FEMA), individuals who set up companies overseas prior to August 2013 would have technically violated the rules under LRS. It could also imply violation under FEMA, Prevention of Money Laundering Act, Black Money and Imposition of Tax Act, Prevention of Corruption Act, Income Tax Act, etc.

The Investigation shows the ease with which secretly owned companies could act as gateways for terrorists, dictators, money launderers and tax evaders all over the world to park their ill-gotten wealth outside the tax net of the country's law enforcement authorities.