The Safety of Women in Cyber Space

Are Ladies Safe in Cyber Space? A month ago, I received a telephonic call from a lady... 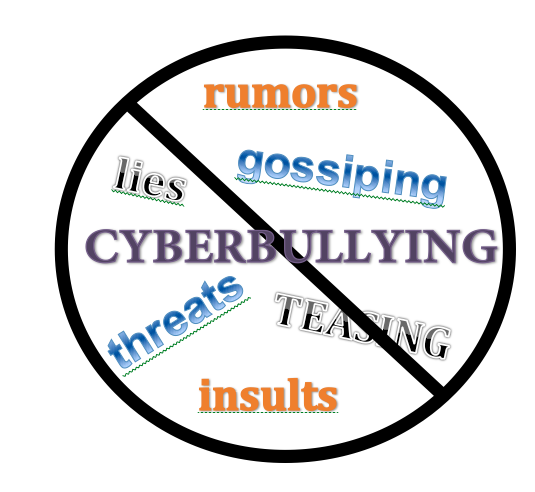 Are Ladies Safe in Cyber Space?

A month ago, I received a telephonic call from a lady television anchor, informing me about the harassment she was facing from some people, who abused her on Twitter, using indecent language. She had saved the screen shots of those tweets. Rajendran, PreSense Editorial Team Member and a Cyber Advocate, and I suggested to her to file a complaint with the Cyber Crime Police. Last week, she called me up again to lament that in spite of her lodging a complaint with the Police with proof of the tweet screen shots and the names of the offenders, the Police was not sure how to deal with the case, in the absence of Sec 66A (of the Information Technology Act 2000), which was struck down by Supreme Court in March 2015. The Police across the country have been receiving such complaints regularly and they take action by invoking the Indian Penal Code (IPC) to book the culprits. She also said that there were many young girls being constantly abused in the cyber space of the social media. She added that some of them had to take extreme step of even leaving their jobs, unable to handle the harassment by the abusers.

She then raised a relevant question. "When I walk on the street, and if someone uses abusive language against me, the Police can arrest the offender under IPC for 'eve teasing'. If an offender does a similar offence in the cyber world, the law is handicapped to arrest the offender. How are you going to protect your sisters and daughters from this menace?" Her question, choked with emotion, prompted our Editorial Team to write this Cover Story.

We conducted a quick online survey to gain some insight into the extent and intensity of such cyber harassment. Based on the responses, we discussed the issue with many experts and activists on the subject.

In the survey, many of the women respondents complained about the abusive, indecent, derogatory and vulgar calls, messages and images they received through mobile phone calls, the social media and the WhatsApp. All these abuses are called 'cyber stalking'.

One of the Chennai-based lady respondents reported that a photographer, whose services were engaged for her wedding, took some close-up pictures of her in suggestive poses. The photographer then posted one of those pictures on his Facebook page. When she got to know of this mischief, she complained to the Police. However, the police expressed helplessness in taking action against him, as the photographer was politically connected and used his political connections to avoid criminal action against him.

Recently, a senior male student of a reputed college uploaded some photographs of some girl students, on his Facebook page, displaying them with vulgar captions. When these were detected, the student was dismissed from the college and the pictures were removed from the social media page. The affected students and the college refrained from complaining to the Police to "safeguard their reputation".

Many of the millions of daughters of India, who are harassed on a daily basis, suffer in silence. Many of them do not go to the Police, and instead tolerate the harassment as their "fate".

Section 66A of Information Technology (IT) Act 2000

In 2009, the Government of India inserted Section 66A in the Information Technology Act 2000, empowering the Judiciary to punish a person with imprisonment up to three years for any grossly offensive and menacing messages. Unfortunately, in a "twist in the tale" episode, a lady law student challenged this Sec 66A as unconstitutional because this section was misused by the police in one of the states to arrest innocent persons who posted critical comments about social and political issues and political leaders on social networking sites. The Supreme Court thus struck this section down, saying such a law "hit at the root of liberty and freedom of expression, the two cardinal pillars of democracy".

The entire media in India, including several women organisations celebrated this decision as winning their newfound 'freedom of expression'. Many others, who were less optimistic about the wisdom of this reversal, remained silent. The Cyber Society of India however, had expressed openly in the media that striking down Sec 66A might open threatening challenges for women in the future, compelling them to ask for re-introduction of this provision.

S. N. Ravichandran of Cyber Society of India says that the right of redressal has been sacrificed at the altar, for the sake of the right of speech and expression. He adds that at the time of the judgement, he had appealed to the women journalists and women activists to oppose the judgement. None of them seemed to realise the implications then.

Sonia Arun Kumar, a popular Digital Journalist says the Government should restore the Section 66A to protect the women victims.

Dr.Debarati Halder, advocate and cyber crime victim counsellor, says that Sec 66A was a good law that was unfortunately misused and abused. She feels that the existing laws are not adequate to address the many forms of cyber offences, even though some of them can be tackled through IPC.

S. Balu, Additional Superintendent of Police (Retired), who investigated a similar case of harassment on cyber space and won the first conviction in India under IT Act, says that the Police feels handicapped to take action against the offender due to the absence of the Section 66A. There are many laws in India that are being misused on a daily basis in many parts of India. Striking down those laws is not a solution. The Court could have directed the Government to frame rules to prevent misuse, instead of striking down the section.

Balu quoted a case of the recent conviction of a software engineer, who indulged in Cyber Stalking before the introduction of 66A. He was convicted by the Court under Sec 67 of IT Act (punishment for publishing obscene material in the electronic form) and Sec 509 of IPC (uttering any word or making any gesture to insult the modesty of a woman). However he feels that 509 IPC which was framed in 1860 does not take into consideration the activities in cyber space. "The new situation warrants a new law", he adds.

Naavi, Founder of the online Cyber Law College and the author of the first book on Cyber Law in India also agrees that Sec 66A should not have been struck down, exposing the Indian women to greater risk. He pleads that a new section be brought to replace Sec 66A. He wants the media and the woman organisations to take up the matter with the Government.

What Victims Should Do?

Before filing a police complaint, the women, harassed through the mobile phone, Facebook, Twitter or any social medium, can first warn the culprit of dire legal consequences. In 90% of the cases, the culprits will not trouble the victim thereafter.

In the case of harassments turning serious, the victims should also approach the National Human Rights Commission and National Commission for Women for redressal of their grievance.

Why Protection to Women?

Ravichandran feels that women should understand that their protection begins by taking care of themselves first. It does not make sense to talk of gender equality and then seek safety and special protection in the same breath. However Sonia, representing the current youth, feels that with the growth of technology and employment opportunity, women are not confined indoors and are exposed to the risks of encountering perverts in the society. While the Constitution provides equality to all, we as a society, must provide social justice and protection to the vulnerable sections of the society. The women community is one such vulnerable section of the society which needs to be protected by the responsible society, from miscreants. These women are the daughters and sisters of the society. Sonia feels that all elders in the family and the community should counsel the boys and sensitise them towards treating women, irrespective of their age and social background, with respect and dignity, as they hopefully, would treat their own sisters.

Though the elders may sound conservative, the hidden concern cannot be ignored. While every effort has to be made to make the law tighter, we should understand that the law in the statute books alone cannot resolve this issue. The individual and the social system should develop inherent strength to face and deal with the challenges.