It is the British Spring now after the Arab Spring of 2011. The world watches with much...

It is the British Spring now after the Arab Spring of 2011. The world watches with much trepidation on what domino effect the British referendum on exiting the European Union will have on the world economy particularly for the US, European and Asian economies.

After joining the European Union (EU) in 1973, Britain which had steadfastly held against scrapping its Pound Sterling in favour of the Euro for 43 years, decided to break with the concomitant of 27 members of the EU. EU will now apply Article 50 of EU's Lisbon Treaty, for Britain to exit. This means Britain will abide by all its commitments to EU till departure but will have no right to the decision making in any of EU policies. 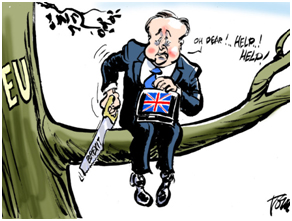 What David Cameron, the British Premier and leader of the 5th largest economy of the world, thought was a calculated risk boomeranged on his party and his leadership, with member states in the United Kingdom (UK) voting differently. The net result: "Leave EU" campaign led by Boris Johnson (also of the Conservative Party as David Cameron) won the game by 52% (17,410,742 votes) and "Remain in EU" policy led by Prime Minister David Cameron lost the gamble, mustering only 48% (16,141,241 votes). Surprisingly 64% in the 18-24 age group voted to remain as also 45% in the 25-49 age group, but the old guard from 50 years to 65 and above, voted to leave with 49% to 58% vote share. London, the financial capital of UK, voted to remain but to no avail.

Cameron gracefully accepted defeat saying he would resign by October 2016, paving the way for a new Prime Minister to head the BRExit government. The immediate impact of the BRExit vote was that investors saw US$ 2 trillion being wiped out as indices in Europe's markets saw the sharpest one-day drop. Stock markets worldwide jolted. And Asian shares tumbled by 8%. India's own Dalal Street took a beating of Rs 1.79 lakh crore as the benchmark sensex plummeted by nearly 1,000 points, fortunately recovering by the end of the trading day.

The market capital of 100 top UK firms was wiped out, the biggest fall for UK markets since the financial crisis of 2008, which was triggered by the collapse of Lehman Brothers. The shares of banks such as Barclays dropped 22%, Llloyds 18%, and Royal Bank of Scotland (RBS) 16%. Britain's 2.2 million financial industry workers face years of uncertainty and risk of thousands of job cuts. Britain's higher education programmes come under a cloud. 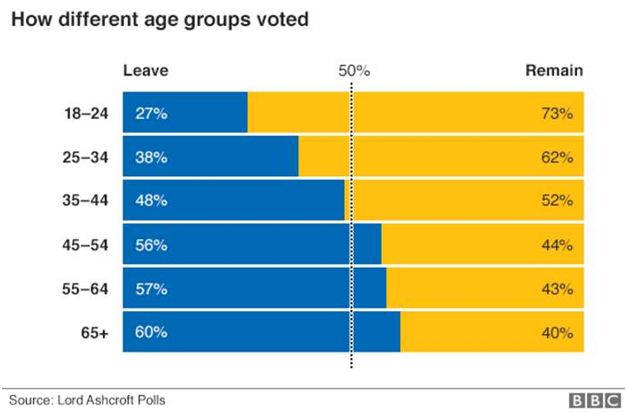 The immediate impact of the BRExit referendum is that Scotland which voted vehemently to stay in EU, could demand another referendum to become an independent nation, severing its links with United Kingdom. Frustrated members in EU could go for a copycat referendum threatening unity and stability.

While RBI Governor, Raghuram Rajan hoped India would mitigate the shock, he feared that the battered free trade market place could be devastating for the world. Finance Minister, Arun Jaitley said India's macroeconomic fundamentals were strong with a comfortable external position and rock solid commitment to fiscal discipline. Arundhati Bhattacharya, Chairman & Managing Director of India's top bank, the State Bank of India, felt that with risk aversion setting in, triggering a financial markets decline, India would be impacted along with other nations.