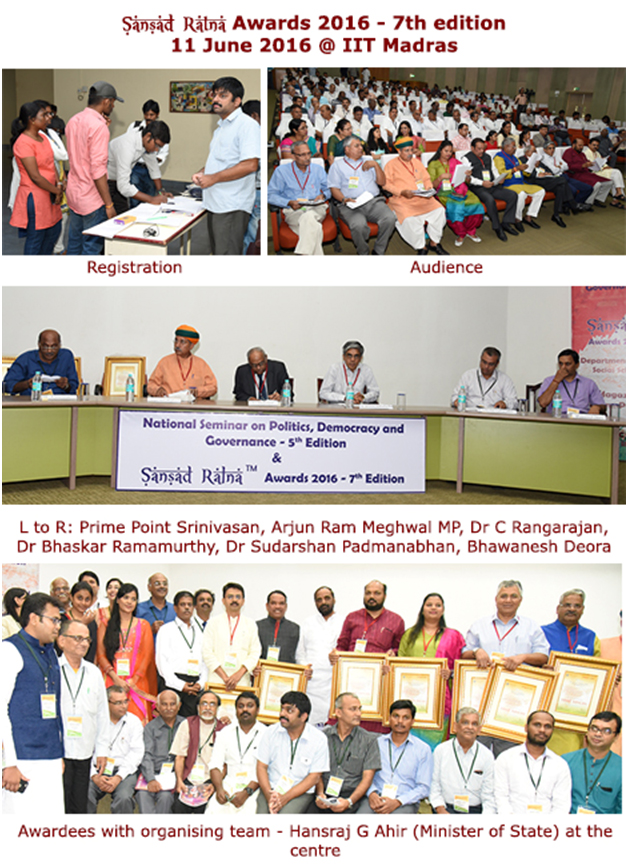 The Sansad Ratna Awards was instituted by Prime Point Foundation and the eMagazine PreSense to honour top performing Parliamentarians on various parameters every year after the Budget Session. This Award was instituted as suggested by Dr Abdul Kalam, to honour the achievers. Incidentally, Dr Abdul Kalam devoted an entire chapter on the Sansad Ratna Awards in his last book, 'Ä Manifesto for Change'.

A selection committee headed by Shri Anandrao Adsul (fifth time MP), along with Shri Hansraj G Ahir (Minister of State and fourth time MP) and Shri Arjun Ram Meghwal (second time MP) selected the Award winners. The selection committee members, who are outstanding MPs themselves in terms of their performance in the Parliament, were honoured with the 'Sansad Maha Ratna' Awards for their contribution in the 15th Lok Sabha.