It is confirmed. The current RBI Governor, Dr Raghuram Rajan will move out in September 2016 after... 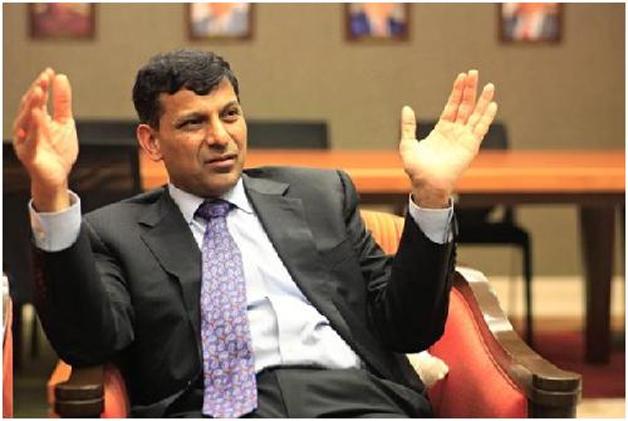 It is confirmed. The current RBI Governor, Dr Raghuram Rajan will move out in September 2016 after completing his three-year term. For emphasis, one must repeat that Dr Rajan is moving out only after completing his full three-year term as RBI Governor. He has not quit, has not walked out, is not dismissed, is not sacked during the currency of his tenure.

Dr Rajan took up the office as RBI Governor in September 2013 when the Indian economy was facing a major crisis. Since then, he has been doing his job in a very professional and visionary manner as is lauded by all who matter in the Indian and global economy. Incidentally, Dr Rajan is reported to have been recognised worldwide for his accurate prediction of the 2008 mortgage crisis in 2005 itself, three years before it actually happened. (It is a different story that the media missed S Gurumurthy, a well known Columnist and chartered accountant, who had predicted the impending crisis of 2008 in 2001 itself, probably because he was not of rock star material).

Having stated all this to his credit and to the credit of those who had hired him, it does seem that it is time to move on. Lord Tennyson wrote in his famous poem, The Idylls of the King, "The old order changeth, yielding place to new….Lest one good custom should corrupt the world". These lines were said by the legendary British leader, King Arthur in his death bed in response to his courageous yet despondent knight, Bold Sir Bedivere who lamented, "Ah! my Lord Arthur, whither shall I go? Where shall I hide my forehead and my eyes? For now I see the true old times are dead." And here lies the wisdom that India needs today as desperate bytes are sourced from seasoned economists and banking professionals about the doom that looms with the exit of Rajan.

Much is read into the impending REXIT. It is unfortunate that this is neither the first nor the second time that the Editorial must express concern about the misplaced hype by the media over issues that are really non-issues. And there are reasons for this concern again:

· It is the prerogative of the leader of the Indian Government to select the team that he is confident and comfortable with, to execute the policies approved by the Parliament. It could often mean a change of guard if it is in the best interest of the country. Let us provide for it.

· Dr Rajan is not the first Governor not to continue after his initial tenure in the Office. Even during the critical years when India was facing the balance of payments crisis and was moving towards liberalisation of the Indian economy, S. Venkitaramaman moved out of his office as RBI governor in 1992 after just 2 years in office. It was when the Harshad Mehta scam hit the markets. But that does not discount the eminence of S. Venkitaramaman as an outstanding economist and professional.

· Dr Rajan is moving on, after the completion of his tenure. So there need not be any reading between the lines.

· India has had eminent people in the past to take care of the Indian economy as RBI Governors, and India still has enough eminent people to take over from Dr Rajan.

· And lastly, as Dr Rajan is quoted to have aptly put it across, "What is important is to not personalise this office. It will survive any Governor. It is bigger than any Governor."

So, when the time comes in September 2016, let us bid a dignified farewell to Dr Rajan, as is befitting his high calibre and personality and for his contribution during his tenure. If this means ignoring some off-the-cuff comments and opinions, even if they are expressed by eminent public servants and Members of the Indian Parliament, so be it.