Exclusive Interview with Dr C Rangarajan, Governor of Reserve Bank of India during the Crucial Implementation Period of 1992-1997

During the crucial period following the launch of the Economic Liberalisation Policy in 1991,... 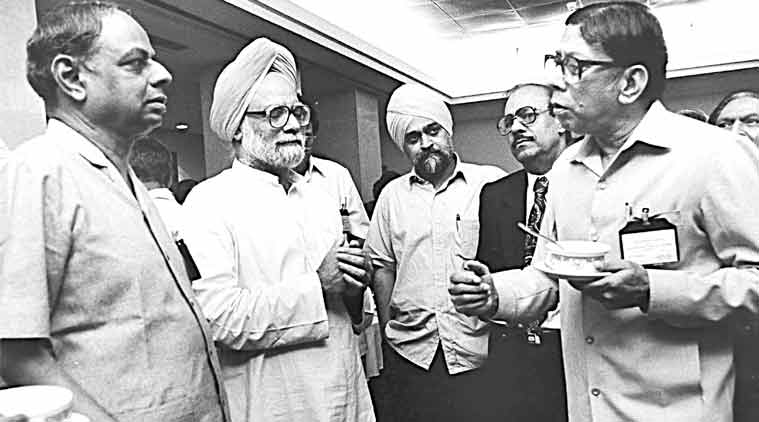 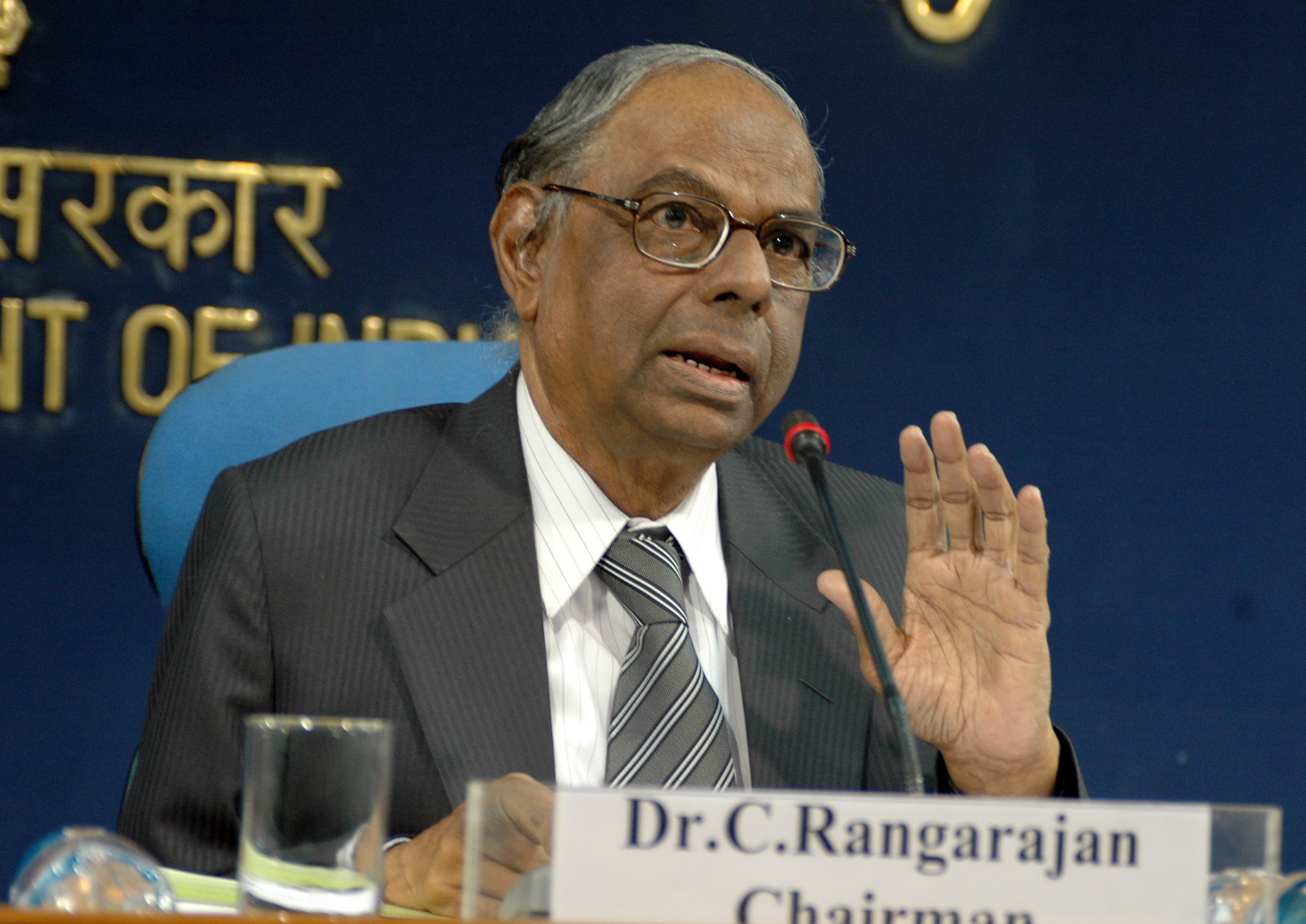 During the crucial period following the launch of the Economic Liberalisation Policy in 1991, several stalwarts were involved in the challenging task of effective implementation of the Policy. It was critical to bring the country back from the brink of economic collapse and resurrect it to a state of stability and progress. While we are familiar with some of the leaders recognised in this major changeover programme, many others have also been playing their part in advising and implementing the roadmap. One among them was Dr C.Rangarajan who was the Governor of the Reserve Bank of India (RBI) during the crucial years of 1992-97. Dr Rangarajan was serving as the Deputy Governor of RBI during 1991 when the landmark decision of the Economic Liberalisation Policy was announced.

After his stint in RBI, he held office as the Governor of the state of Andhra Pradesh during 1997-2003. He has also served as the Chairman of the 12th Finance Commission as well as the Prime Minister's Economic Advisory Council. He served a year as a member of the Rajya Sabha. Dr Rangarajan currently holds office as the Chairman of the Madras Institute of Economics, Chennai. He is a well-known teacher of economics for post-graduate and management courses. He is a recipient of Padma Vibushan, India's second highest civilian award.

In an exclusive interview with Susan Koshy, Editor of PreSense, Dr C Rangarajan shared his views on the impact of the Economic Liberalisation Policy after 25 years of its introduction.

PreSense: Looking back on the 25 years of India's progress, what is your verdict about the 1991-92 Economic Liberalisation Policy, which has changed the face of Indian economy? In your opinion, is it a success story?

Dr C Rangarajan: In mid-1991, the Indian economy was facing an acute crisis, triggered by a severe balance-of-payments problem. The response to the crisis was to put in place a set of policies aimed at as stabilisation and structural reforms. The stabilisation policies were directed at correcting the weaknesses and excesses that developed on the balance-of-payment front and on the fiscal front, while structural reforms were aimed to make the system more competitive and efficient.

How far have we come since the reforms? The rate of growth in Indian economy has shown an increase over what it was prior to reforms. Between 2005-06 and 2007-08, the average annual growth rate of the economy was over 9%. This happened for three consecutive years. The average rate of growth over six years from 2005-06 was 8.8%. Therefore, there has been an impressive growth as far as the Indian economy is concerned.

The recent decline or slowdown in growth is a matter of concern. The factors that have contributed to the decline may be economic as well as non-economic. We need to address them. I think the reforms have been a success story. There are obviously some failures, some drawbacks. But by and large, I think the Indian economy is more resilient today, more competitive today and perhaps more efficient.

PreSense: While we do applaud the economic progress that has happened on a large scale, there is criticism too about the failure to increase the share of manufacturing in the GDP percentage, as well as failure in restricting Government expenditure over the years, besides lack of quality employment opportunities. What is your assessment and comments about these observations?

Dr C Rangarajan: One of the elements in the reform process was fiscal consolidation. To bring down the fiscal deficit was one of the objectives of the reform process. This resulted in the enactment of the FRBM, the Fiscal Responsibility and Budget Management Act, which mandated that fiscal deficit of the Government of India should not exceed 3% of the GDP and the revenue deficit should be brought down to zero.

The composition of GDP is not solely determined by anybody or even the Government. The manufacturing output has increased over time. But when we talk of the share of manufacturing in the total GDP, one is measuring in terms of how the rest of the GDP has grown. What has actually happened is that the services sector has grown at a much faster rate so that manufacturing as a share of GDP has come down.

There is a distinct advantage in favouring manufacturing as it offers employment at various levels for people with various types of skills unlike the service sector, which very often focuses on very sophisticated skills. For example, the IT growth results in recruiting people with extraordinary skills in a particular type of technology. Therefore, what we really need to look at is not so much the share of manufacturing in GDP but at what rate manufacturing itself is growing.

PreSense: Another area of concern that is reported is that despite claims of success of the Economic Liberalisation Policy, successive governments have not shifted towards efficiency in some of the critical areas. For example, they suggest that regulators should replace ministries, thus shifting away from the Sarkar Raj (Government control). But today, they co-exist, creating confusion. Is this true and in your opinion, can India afford to move towards a totally free economy? Are there any risks in implementing this kind of a migration?

Dr C Rangarajan: In any economy, the State Government can play three roles:

1) As the provider of marketable goods and services.

3) As provider of public goods and services.

There is a role both for the ministry as well as the regulator. Regulation has to be done according to certain criteria set down and therefore we need the regulator. But we do not need the regulator everywhere. We need regulators only in those sectors of the economy where some public goal is to be achieved or where competition does not prevail. Where competition prevails, the markets will take care. All that has to be done is to ensure that competition prevails in those systems. And that is why we have a broad regulatory authority like the Competition Commission. The role of the Competition Commission is to ensure that competition exists in all sectors of the society and that there is no cartelisation. It does not get into spelling out what each sector of the economy should do.

But there are other areas like the banking system or the capital markets where the regulator is needed because the risk associated with the failure of a financial institution is widespread. It affects not only the owners of the institutions but also the wider public. There are also broader issues like environment, which also needs regulation.

There is a role for the ministry. For example, a particular ministry in charge of steel or coal ensures that adequate supply is available, that the available supply is appropriately distributed, and so on. There has to be a proper relationship between the regulator and the ministry.

PreSense: You were talking about the Government providing public goods and services. We find that India has not been very successful in improving the social sector, such as reducing its infant mortality rate as compared to some other developing countries. Such observations would suggest failure in the implementation of the Policy when we relate it to the benefit of the common man. What is your take on this?

Dr C Rangarajan: The broader goal or objective is not only to get the economy to grow fast but also to ensure that the benefits of the growth accrue to all segments of the society. That is what we call Inclusive Growth. It is true that even in the post-reform period, we have not done well in the social development side as we have done on the growth side. India still ranks low in the Human Development Index. In some of the indicators relating to the Millennium Development Goals, we are way behind. We need to correct them. What is really needed is not to set growth and equity as opposing considerations. In my view, growth and equity go together.

When the economy grows fast, it is in a position to be able to meet some of the socio-economic goals better. A classic example is South Korea. South Korea, by growing at 7-8% over two to two and a half decades or more, eliminated poverty. This is what we might call the Percolation Effect. When the economy grows at a very slow pace as we did in the first four decades after independence, when the economy grew at 3.5% and the per capital income grew at only 1.5-1.6%, the Percolation Effect is very low. But the Percolation Effect can be stronger if the growth is much higher. As a rising tide lifts all boats, all segments of the society do get benefitted. But then, there are drawbacks. Even the growth process may favour some segments of the society rather than others. And that is why we need to address the socio-development issues directly.

In some sense, it is the high growth phase which enabled us to launch many poverty directed schemes such as the Empowerment Guarantee Scheme, or the extended Food Security, National Rural Health Mission, Sarva Shiksha Abhiyan, and so on. The resources available to the Government also increase in the growth process. Growth does not automatically lead to improvement on the social side. It has to be supplemented by a positive policy action. We need to follow a two-fold approach of letting the economy grow fast, and directly attacking the vulnerable groups and poverty through programmes aimed at poverty elimination.

Dr C Rangarajan: One area we need to address is administrative reforms. Basically, when we talk of maximum governance, we mean an effective government or effective governance. Effective governance means an effective delivery system. Today, the governments, both at the centre and the states, have taken on themselves a wide variety of responsibilities, be it provision of subsidies, or providing employment through the Employment Guarantee Scheme, and so on. Ultimately, the impact of the various programmes that have been launched would be felt only if the delivery system is efficient. We need to focus on it.

In the first 25 years of our reform process, our focus was on other elements rather than on administrative reforms. The reform of the administrative system should include the reform of the judicial system. Even though the idea is not new – we have had several administrative reforms commissions in the past to examine the way Government functioned and delivered its services. Many people had also felt when the seventh pay commission was being deliberated, that any increase in the emoluments of the government employees must be accompanied by greater accountability and greater show of efficiency on the part of the civil servants.

We have not yet been able to evolve a proper system. The cutting edge is the delivery of the services. It is the delivery of the various promises that is critically important, for example, the new technology through which subsidy is transferred directly to the farmers and the others. It is a good idea. With the combination of Aadhaar, many of the subsidiaries could be transferred directly to the beneficiaries. This also means plugging the various loopholes.

Full script of this interview may be downloaded in PDF from
http://www.prpoint.com/ezine/drcrinterview