July 24, 1991 is a landmark date in the history of the Indian economy. India instituted a series of... 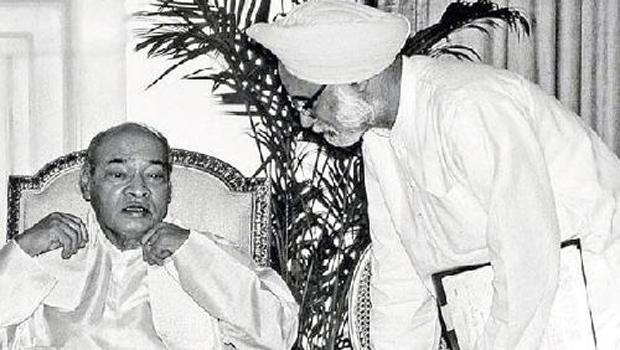 July 24, 1991 is a landmark date in the history of the Indian economy. India instituted a series of economic reforms known as the Economic Liberalisation Policy of 1991. This happened at a time when India was at the brink of economic collapse and a severe balance of payments (payments for export and import of goods, services and capital) crisis. The country was unable to pay off essential imports, and had to borrow heavily from external sources to finance the resulting deficits. Inflation was rampant.

There were several other factors that contributed to this unwelcome state, tracing down from the early post-independence era. India drove a centralised economic planning model (inspired by the Soviet Union), in place of distributing controls.

A natural outcome of this policy was extensive bureaucracy, red tape, unnecessary regulations and trade barriers. Although these socialist reform measures were meant to alleviate poverty, the opposite happened. India faced food shortages and mass starvation; farmers struggled to meet the agricultural production needs and industrialists suffered from the grip of the License Raj (Government control). The state intervened in industrialisation, businesses, labour sectors and the financial markets, leading to a huge public sector. Since independence, India had only been able to maintain a growth rate of 3-3.5%; the capital growth rate was even worse, at around 1.3%. It compared poorly even among some of the other developing countries with similar independence timelines.

The wars of 1962, 1965 and 1971 drove up the defence spending, causing further strain to the economy. India also relied on import for some essentials as oil. India dealt with the deficit in the worst possible way - borrowing from external sources to finance the deficit. During 1980-1985, half of India's external financing needs were met with outside assistance. External debt grew to as much as 38.7% of the GDP in 1991-1992, culminating in the Balance of Payments crisis. The then Prime Minister had to pawn India's gold as collateral for IMF (International Monetary Fund) bailouts.

With just three weeks left to completely depleting the last loan from IMF, Narasimha Rao took over as India's Prime Minister and announced India's Economic Liberalisation Policy. He appointed Dr Manmohan Singh as Finance Minister. The goal of his visionary policy was to remove unnecessary bureaucratic controls, take measures to integrate India with the world economy, remove restrictions on foreign investments and crack down on public sector enterprises that yielded very low returns. The Indian Rupee was devalued. Industrial licensing was abolished. The Monopolies and Restrictive Trade Practices (MRTP) Act (that protected businesses from monopolies) was reformed, enabling competitive and productive industries. All industries (barring two) were opened to the private sector. There was gradual reduction of import duties, encouraging foreign investments to flow in. More clearance was given to capital goods. Taxes (income and corporate taxes) were lowered.

It is pertinent to mention here that as per the principle of economics, when a particular sector performs disproportionately higher than the average growth rate, economic wealth starts concentrating in that sector. In the case of India, it is the service sector. Within this sector, the highest growth is marked by sectors such as financial services and real estate services, etc. which are least employment elastic. Consequently, growth in the past decade in India was limited to upscale areas of the country as almost the entire service industry operates from these areas. This accelerated migration to urban areas, creating an array of social problems associated with urbanisation. It also changed the pattern and lifestyles of the Indian society. Now we have the ultra-modern and the ultra-primitive societies co-existing and conflicting with each other.

What we have learnt from the past 25 years is that unless we have a crisis, we might not see big bang reforms. We may have incremental reforms that are politically palatable. The present Prime Minister appears to be focusing on fixing some of the architecture that is required for long-term positive change – making government accountable, clamping down on corruption and stimulating entrepreneurship and, hopefully, developing the much-needed infrastructure.

Time will tell how and where India will be propelled towards, in the next 25 years under the present and future legacy. The people of India are hopeful that it would be towards a more balanced and healthier economy that ultimately benefits the common man on the streets of India and the farmers in the fields of its rural landscape. For this, there needs to be inclusive participation of both the government and the entrepreneur, especially in the implementation of the roadmap towards India's development and progress.