Top
Home » Open Ed » The Lord of the Diamonds – the Kohinoor

The Lord of the Diamonds – the Kohinoor

India was once the richest country in the world and had the world's largest economy until the... 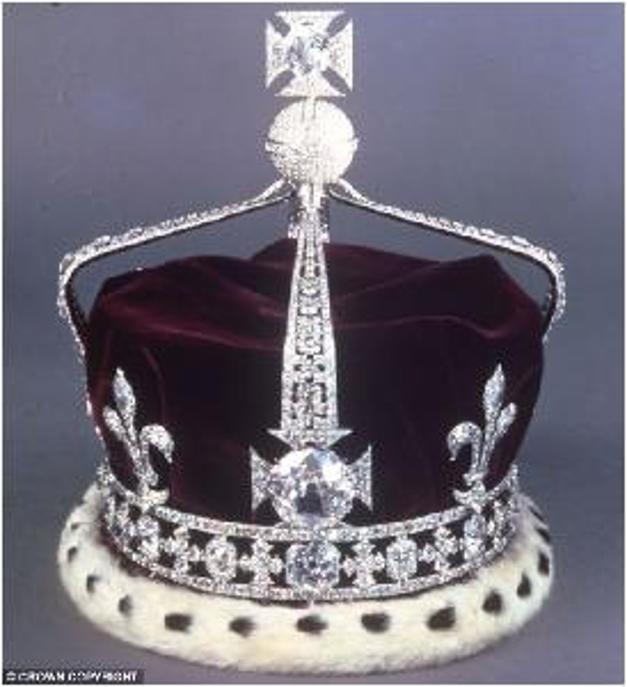 India was once the richest country in the world and had the world's largest economy until the 16th century A.D. The ancient Indian empire was known for having a profound affinity and skill towards making ornaments, jewels and structures. One amongst the exquisite jewelries is the most revered "Kohinoor diamond." It is the only diamond whose value cannot be determined and yet has no records of ever being bought by anyone in the history.

The Legend of the Syamantaka Mani

Many believe that the Kohinoor diamond was first mentioned more than 5000 years ago in the Sanskrit scripts, where it was called Syamantaka, Syamantaka Mani or Syamantaka Jewel. It is perhaps the most beautiful jewel as per Hindu mythology, and was supposed to possess magical powers. The story of Syamantaka appears in the ancient literatures, Vishnu Puranas and Bhagawata but they do not say what happened to the jewel after the death of Lord Krishna and the fall of the kingdom of Dwaraka.

Koh-i-Noor in the Persian language means Mountain of Light. The gem is believed to have been mined from the Kollur mine in the Guntur District of the Indian state of Andhra Pradesh. The Kollur mine situated on the south bank of River Krishna is regarded as one of the most productive diamond mines and the first major diamond mine in the world.

The Kohinoor diamond is believed to have first emerged when it was installed as the eyes of Goddess Bhadrakali of Warangal, Telangana, India.

The Curse of the Diamond:

The legendary Kohinoor has been in the eye of the storm ever since it left the hands of its original owners. This diamond was never bought or sold, but ironically changed many hands. The diamond has left a trail that speaks of greed, power, murder, mayhem and unhappiness.

The first veritable mentioning of the Kohinoor diamond dates back to the year 1306, where it was mentioned in the Hindu scriptures that:

"He who owns this diamond will own the world, but will also know all its misfortunes. Only God, or a woman, can wear it with impunity."

The series of misfortunes like murder, unexpected demise or loss of thrones for the rulers possessing the Kohinoor diamond, do commensurate with the belief of the curse.

The Britishers were aware of such a curse and ensured since the day they got possession of the diamond, they decided that it should be given to wife of the male heir. Despite that, the British Empire saw the beginning of the downfall of its empire within 7 years of possessing the Kohinoor diamond.

Notable Masters of the Diamond

In 1306, the Katakiya Empire forcibly took the Kohinoor diamond from Rajah of Malwa, who was known to have possessed the diamond for many centuries.

The Bhadrakali deity of Warangal, whose eye was believed to be embellished with the Kohinoor diamond, was known to be Kuladeivam (family temple) of the Kakatiya Empire.

Later in the year 1323, Ghiyath Al-din Tughluq defeated the Kakatiya Empire and stole the treasures of the temple including the diamond from the deity. King Tughluq was killed by his own son a year after he took possession of the diamond.

Until 1526, the Kohinoor diamond was possessed by the Delhi Sultanate and finally came to Babur of the Mughal Empire after the defeat of the last Delhi Sultanate, Ibrahim Lodi.

In 1739, the Persian king, Nadir Shah defeated the Mughal Empire and took the diamond to Persia. Within a few years, he was assassinated by one of his generals, Ahmad Shah Durrani. Shah Sujha Durrani, his descendent, brought the diamond back to India and gifted it to Maharaja Ranjit Singh in exchange for his help to reclaim the throne of Afghanistan.

In 1839, the dying Maharaja Ranjit Singh of Punjab willed that the Kohinoor diamond be donated to the Puri Jagannath temple in Orissa. Before his will could be implemented, the Maharaja passed away and the Britishers soon captured Punjab and declared it as part of British Empire. The properties of Sikh Empire were taken as war compensation. As per the treaty, formalising the Britishers' occupation of Punjab, the Kohinoor diamond was to be gifted to Queen Victoria on 29th March 1849 by the Maharajah of Punjab, Duleep Singh, who was only 13 years old at that time.

The diamond was shipped to Britain, in a difficult sea voyage. Cholera broke out as it reached the shores of Mauritius enroute. The diamond was later cut out from its original dull and irregularly shaped 186-carat gemstone to a 105.6-carat diamond stone. It was carved to be a part of the Crown of the Queen of England.

Kohinoor's Rendezvous with the Modern Era

Today, the Kohinoor diamond is kept for public display in the Tower of London.

Ever since India's independence from the British, the Government of India has been demanding for the return of the Kohinoor diamond to India. However, the British Government, till date, reiterates that the ownership of the diamond is rightfully with the Queen of England as the diamond was gifted as a part of peace treaty with the Maharaja of Lahore in 1849.

Besides India, Pakistan and Afghanistan have sent similar claims over the valuable diamond, each of them asserting that they have greater rightful claim over the diamond than India.

In 2010, David Cameron, the then Prime Minister of the UK, condemned the claim for Kohinoor diamond, stating that if he agreed to every claim, soon the British museum would be empty.

In April 2016, the Central Government of India stirred a controversy by stating that the Kohinoor diamond was gifted and not stolen by the British rulers. Later however, the government retracted, assuring that it would take all efforts necessary in an amicable manner to bring back the Kohinoor diamond.

In July 2016, Honorable Prime Minister of India, Narendra Modi called for a meeting to start a fresh bidding to bring back the invaluable diamond.