When India sent its contingent for the Rio Olympics earlier this month, expectations were high... 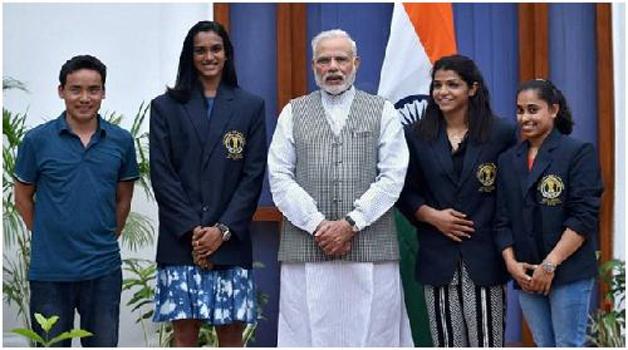 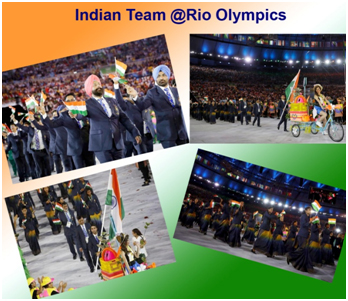 When India sent its contingent for the Rio Olympics earlier this month, expectations were high for medals in several categories especially shooting, boxing, tennis and badminton. When the Games concluded, India returned with two medals – a silver and a bronze – won by the women, P.V.Sindhu in badminton and Sakshi Malik in wrestling. There was another hero in Dipa Karmakar who unexpectedly made it to the finals in gymnastics and missed the bronze by 0.15 points. The country was ecstatic even though it took 11 days and more than 100 athletes before India won a medal. This was because by then, the country, which was depending on previous medallists, was desperate to modify India's clean slate and zero tally.

The first excitement came with Dipa's progress into the finals in gymnastics, with her Produnova jump in the vault series of the sport. Then, Sakshi won a bronze, finally changing the medal tally display for India. As Sindhu reached the badminton singles finals, her silver was good enough to celebrate about. The winners' respective home states announced crore (millions) rupees worth of rewards. The all-women achievement upped the status of the girl child in the Indian society, and people were on a high. Even the quiet coach who was noticed to be constantly by the side of the badminton champion, got the people raving about the selfless role of the coaches in moulding champions for the victory stand.

All is well that ends well. The dust is settled. The hangover after the ecstatic welcome parades for the champions subsides. And then we begin noticing and comparing India's performances with those of the other participant countries. Truth then hits the country. In a country that boasts of a whopping population of 1.2 billion, the ratio of medals won, to the population, is almost the lowest among all the participating countries.

Is it a fair deal to judge India's performance by this yardstick? A report from a local weekly states that low medal tally happens if the number of people "actually interested and effectively participating" in sports is low, irrespective of the size of the population. Actual participation in sports depends on a person's inherent interest in sports, his health, his awareness of sporting opportunities, the facilities and competitiveness available in the specific field of sport, the connectivity available to reach training and practice centres, and the extent of encouragement and mentoring by the family, the state and the sports professionals.

Even in urban India, where the extent of awareness and affordability to pursue sports is high, the results are still dismal. This is attributed to low priority attributed to sports vis-à-vis academics. Educational institutions that boast of good infrastructure fall short when it comes to open space for sporting events and training, and other facilities to support the needs of the sportsperson. Even with employment quotas for sportspersons, there is little compulsion and incentive to pursue sports in school and college.

What does it take to develop an international sportsman before he arrives at the Olympic ground with the promise of medals to take back home? The potential sportsperson's talent must first be recognised, then nurtured, harnessed and channelled to result in a technique that will be competitive at the very highest level. The raw talent needs a committed coach, and proper infrastructure, equipment and facilities to help in this objective. In India, the quality of this support is wanting. In most cases, sportspersons come up solely with the support of their own family and well-wishers. And that can be an expensive and stressful affair. The state does not do enough in providing sufficient support for the sportsperson to excel.

Success Story Model of Other Countries

In contrast, a country like China, which also has a large population, has an elite sports system in place, with efficient government-run sports training centres at all levels – national, local and sports school levels. Children as young as four years old are identified and put into these training centres. With all expenses borne by the State, the children are trained so that one day they excel at the international level and bring back medals to their country. It is for this same reason that China, which participated for the first time in 1984 after a gap of 32 years due to political reasons, was able to storm in with a sweeping performance almost at once. We find such dedicated attention to sports and sportspersons at the state level in other comparable countries as Turkey, Kenya, Kazakhstan and Ethiopia.

No Money for Preparation; Money Showers after Medal

When the Rio medal winners and star performers returned home, the states awarded them handsomely – Sindhu Rupees 13 crore (130 million), Sakshi Rupees 5.6 crore (56 million), and Dipa Rupees 15 lakh (1.5 million). These figures could rise. When we compare these amounts with the money spent on these athletes while they were preparing for the Games, Sindhu was given Rupees 44 lakh (4.4 million) while Sakshi got Rupees 12 lakh (1.2 million). That's 3.4% of Sindhu's post-medal awards and 2.1% of the money Sakshi is to get. Dipa, who finished fourth in the vault, got only Rupees 2 lakh (200,000) for her Olympic preparation under the special programme for improving India's medal prospects in the Olympic games called the Target Olympic Podium Scheme (TOPS), run by the Sports Ministry.

While most countries spend money on building medal winners, India has a unique model where the money pours in after the victory. Of the 118 athletes who represented India at Rio, 67 were funded by TOPS and said to have received a total of Rupees 17.1 crore (171 million) which would be less than the reward amounts. No doubt, apart from TOPS, an additional Rupees 13.7 crore (137 million) of assistance was provided to these 67 athletes through various national sports federations, taking the total expenditure on them to Rupees 30.8 crore (308 million).

Where is the lacuna? Is not enough investment being made? Or is the investment made not properly deployed? The officials managing these funds have been spotted enjoying trips and facilities unconnected with sports, in India and abroad, in the name of sports. It is suspected that the expenses were met from these funds allocated for sports promotion. They fly business class, while athletes who have worked hard for the events, fly economy class. There have been unsatisfactory reports about the poor boarding and lodging facilities meted out to the athletes, while the officials enjoy executive class.

We find the officials at sports venues where and when they are not required, but our athletes find empty India booths along the tracks with no one to quench their thirst during their marathon. The officials forget that if an athlete declines personalised energy drinks, it does not mean she has also declined the basic needs of water and energisers. The hapless sportspersons are then penalised and criticised for disclosing these lapses.

In this month's "Mann Ki Baat" talk by Prime Minister, Narendra Modi, he spoke about the scope for improvement in India's performance in sports and the government's plans to constitute a committee to study the scope for improvement, before charting out a road map to prepare India better for the next three Olympic meets. In this backdrop, an area of deep concern is the extent of corruption, favouritism, apathy and bad management in sports-governing bodies. These are bound to turn off potential and prospective sports achievers among the Indian youth.

For India to shine in the Olympics, one would infer that there needs to be an overhauling of the attitude and accountability of the State responsible for sports. The implementation of the policy and deployment of the funds have to be foolproof and transparent. And a change in people's attitude towards encouraging sports in their own families is much needed too.

We must now watch and wait with bated breath for the better to happen.