The American Presidential Election is set for November 8th this year. The poll campaign that began... 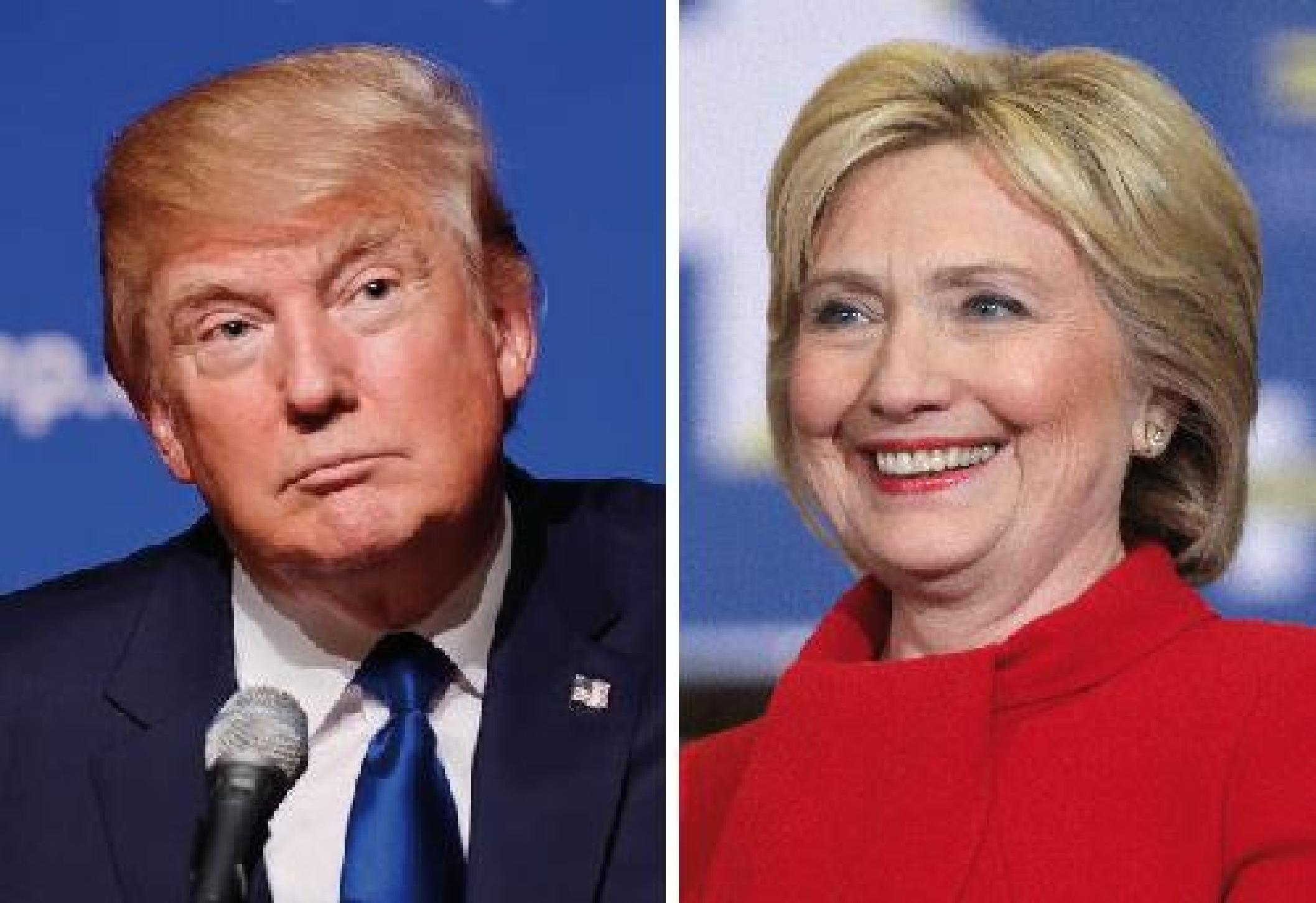 The American Presidential Election is set for November 8th this year. The poll campaign that began about 16 months ago is considered as one of the weirdest. A rank outsider to the Republican Party - Donald Trump - with a dubious reputation as a billionaire businessman finally stole the party nomination for the President's office, throwing aside many established Republican candidates. Exploiting American's dread of the Islamist terror, he promises to ban the entry of Muslims to USA. Trump wants to drastically cut taxes to benefit the wealthy (who pay far lower tax than the middle class) in order to stoke domestic investment and generate jobs. Another of his promises is to deport millions of illegal Hispanic (mainly Mexican) immigrants and erect a border wall between USA and Mexico (at its cost) to prevent future influx. He holds African-Americans and Hispanics as mainly responsible for crime. He accuses China and other emerging economies (India, where he has sizeable investment, is not named) of stealing American jobs and vows to punish those countries with strict trade barriers. Trump accuses President Obama and Hillary Clinton of being responsible for the rise of the terror outfit, ISIS. He attempts to polarise the conservative white (about 155 million) and non-white (about 76 million) voters. And, Trump seems to be succeeding, as the latest opinion polls show a very close race.

Hillary Clinton, the Democrat's nominee, faced a stiff challenge from a new comer to the party - Bernie Sanders. The latter rallied the young and disadvantaged voters, who are angry because of rising cost of education, low wages, scarce jobs and economic insecurity. He promised to waive off student loans, tax the wealthy and take steps to reduce rising income disparities. Hillary could manage to get the final nomination only after she embraced Sander's progressive agenda. It is for the first time that a woman, with considerable administrative experience and community service, is contesting for the presidency. One expected Hillary to excite the voters and enjoy an edge. But it has turned out to be an uphill battle. As most commentators have noted, Hillary's capacity to hold the highest office is under much greater public and media scrutiny than that of Trump and there are hints of gender bias.

It was less than 100 years back when American women got the right to vote and now they constitute more than 50 percent of the voters. Most observers state that the outcome of the November poll will largely be decided by the women voters. If they turn up in sufficient numbers, the voter gender gap could make a difference to the range of 5-15 percent. In the recent few elections, women have preferred Democrat over Republican candidates. Issues that agitate women voters are wage differentials between men and women (that Hillary wants to bridge), and the plight of single women (55 million) who face job insecurity. More white, older men have voted for Republican and they also generally turn up in more numbers on voting day.

One in three eligible voters this year, according to the esteemed Pew Research, will be Hispanic, African-American, Asian or another minority. This group has generally voted in larger numbers for the Democrats.

However, there are worries about the registration of eligible voters. Unmarried women, people of colour and millennial - known as Rising American Electorate (RAE) numbering about 133 million make up a diverse group; they are also under-registered (American election commission is not supposed to run a drive for voter registration), under-informed, and generally exploited. 75 million of RAEs did not vote in the 2014 election cycle.

The 2016 Presidential election has come to be regarded as the first social media election. Twitter, Snapchat and Facebook have become the candidates' media of first choice, replacing television. The Republican nominee, Donald Trump dominated the others in employing the social media for expressing his opinion on election issues. His bombast linking Islam, Muslims, and Jihad with terror and his intention to ban Muslims entry into USA, generated over 200,000 likes and dominated the social media conversation. It eclipsed all key election issues such as economy and security. The mainstream media such as television, radio and newspaper, got their news from the social media, and in turn the social media picked up news and commentaries from conventional media. The candidates were able to directly connect to the people without the intermediation of mainstream media.

This has come to be called 'Snapchat Election'. Snapchat set up special teams to cover the campaign and its videos reached audiences instantly. As Snapchat decided to remove its content every 24 hours, campaign managers had to push new content with new angles and new issues. Here again, Donald came up with a trump by making most controversial claims about President Obama's birth, government support to ISIS, and massive job losses.

Was Donald Trump a Media Creation?

Many people including President Obama have blamed the media for building up Donald Trump and not subjecting him to scrutiny. According to New York Times, he received free publicity worth about $1.9 billion. According to the popular radio host, John Zeigler the media had vested interest in playing up Trump's outrageous, even preposterous statements as it brought more eyeballs and revenue. A communication expert wrote in www.politico.com, 'If media is complicit, so be it. But media did not create the Trump political phenomenon. The real origin is far more interesting: Trump artfully created the media that in turn created Trump".