When academicians and social workers criticise the 'politicisation' of educational...

When academicians and social workers criticise the 'politicisation' of educational institutions through student bodies, IIT Madras has been silently implementing a unique model of 'democratisation' of student bodies without politicization along party lines for the past 35 years. Student Affairs Council (SAC), the Student Parliament of the Institute with elected representatives has been successfully functioning within the IIT Madras campus since academic year 1980-81, taking care of student interest in both academic and non-academic matters. The first Student Constitution was formally approved by the Senate of IIT Madras on 6th December 1983, and has undergone 3 revisions, the last one in 2011. Now the fourth revision is under discussion. Recently SAC has been renamed as the Student Legislative Council (SLC).

Prof. L S Ganesh, Professor of Management Studies and Former Dean (Students) was one of the three student-members who drafted and finalised the first Constitution way back in 1980. At that time, he was a research scholar in IIT Madras. He recalls, "During those days, there was a student body known as IIT Gymkhana, which governed the non-academic matters. The office bearers were nominated by the administration. Manmohan Singh (not the former Prime Minister), a research scholar in the Mathematics Department came out with the idea in 1979, as to why students should not play a greater role in the selection process, since IIT had wide range of talents. I joined the Institute in 1980 as research scholar. Prof. Indiresan, then Director encouraged the idea and involved Prof. R Srinivasan, then Dean Student, to frame the constitution. I was one of the three student-members who were involved in drafting and finalising the Constitution, under the guidance of three Professors. Though the first Constitution was approved by the Senate on 6th December 1983, the student representative structure through general elections was implemented in 1980-81. That was the beginning of a new era providing the opportunity to the students to manage the affairs themselves successfully. Based on our experience, the Constitution has undergone three revisions. I am happy about the functioning of Students Legislative Council (SLC)". 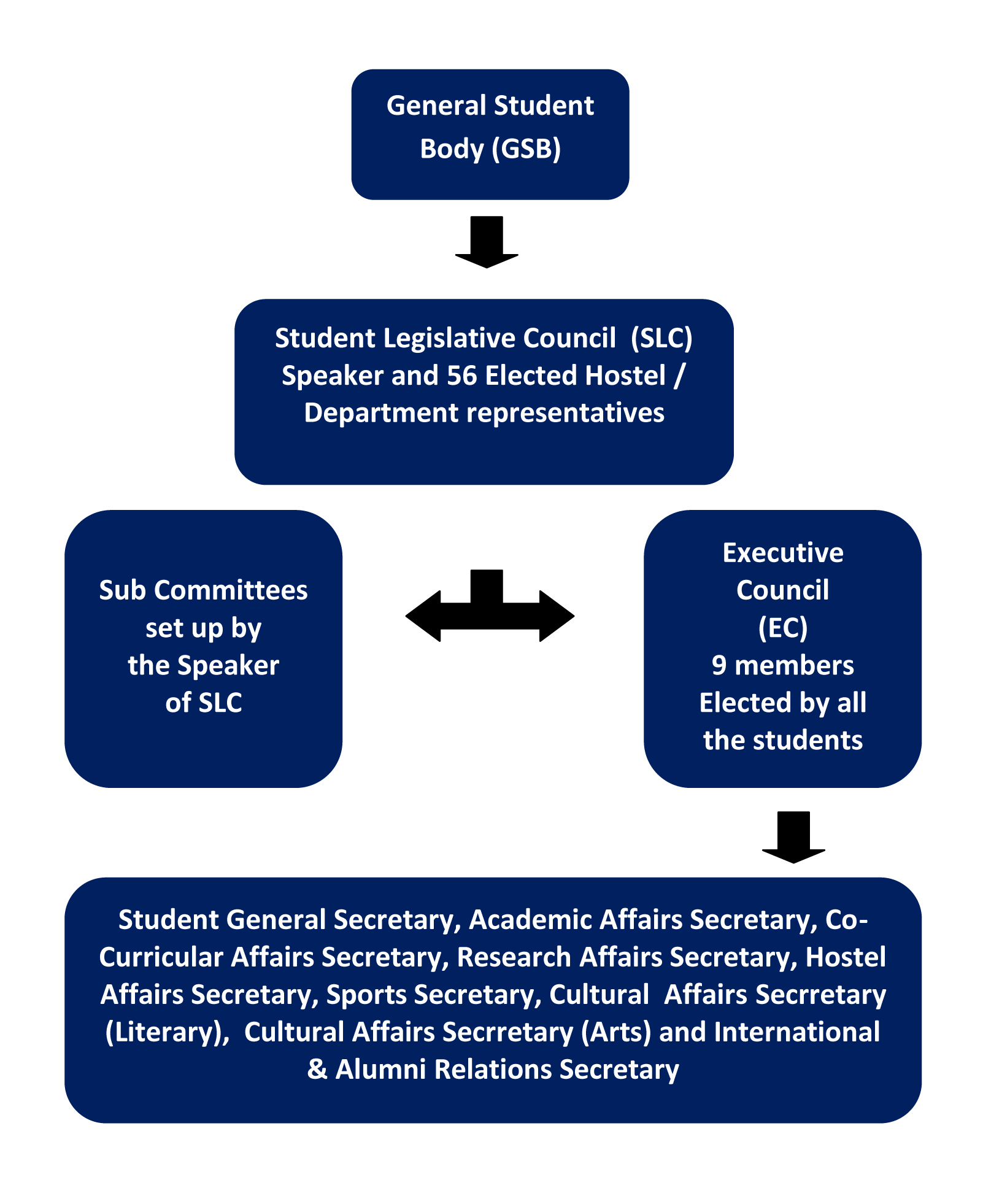 This is the Parliament of the entire students' community of IIT Madras. Earlier it was known as 'Student Affairs Council (SAC)'. This body has 56 representatives elected from 20 hostels and 16 departments. Every year, elections are held in the month of March and the new SLC takes over in April. The Speaker is elected by the 56 representatives. Anybody can contest for the post of Speaker. The candidate should not hold any other office. Around 8000 plus students participate in this election process to elect their representatives. The Executive Council (EC, earlier known as Executive Wing EW) consists of 9 elected representatives to look after the various affairs like Academic, Research, Sports, Hostel, etc. These 9 representatives are elected by the 8000 students.

A separate 'Soap Box Meeting' is organised to enable the candidates standing for the posts in the Executive Council to present their manifestos to the entire student body. This is accompanied by open and public debates. The candidates are not permitted to paste posters in the campus and/or distribute pamphlets. The candidates can provide their contents in the approved format to the SEC, who in turn will print sufficient posters and paste them in approved places. E-mail campaign is permitted with the approval of the SEC. Any violation of the campaign guidelines will promptly disqualify the candidates concerned. A transparent and responsive grievance redressal mechanism is in place.

Elections are held on a specified day between 3 PM and 8 PM. 20 polling booths are set up in the 20 hostels. A number of polling booths are also set up in common places to enable day-scholars and others to vote. Voting is done online using software. The election results are formally announced within a couple of hours after the closing time of the voting process.

Functions of SLC and EC 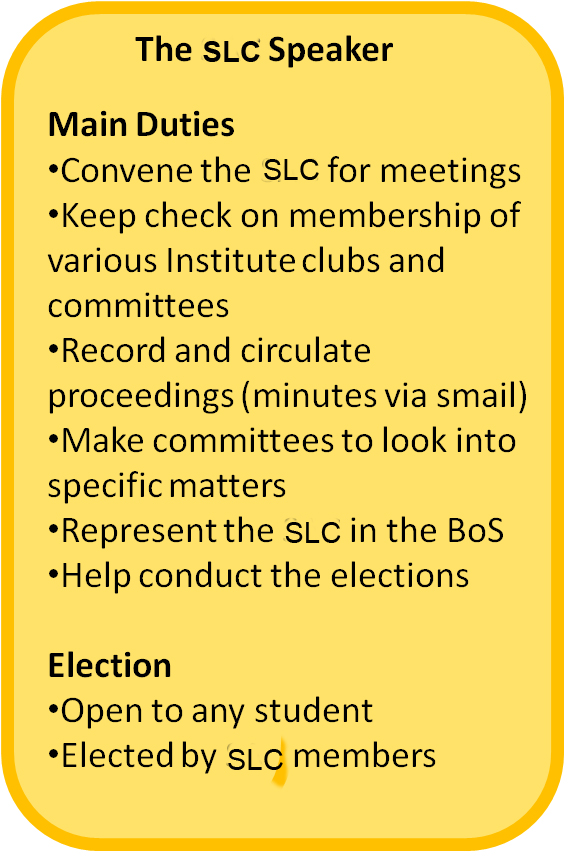