Given the back drop of assembly elections, the Modi government could not have presented a more... 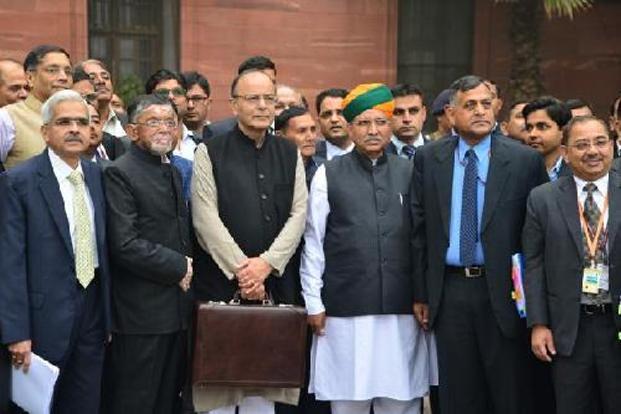 Share Post
Given the back drop of assembly elections, the Modi government could not have presented a more realistic budget that aimed for the jugular of the voters in five assemblies, principally in Punjab, UP, Goa, by aiming to please the urban middle class, farm sector, rural poor and the youth post demonetisaton period.
Th corporate sector was largely disappointed as the finance minister arun jaitley did not offer any concessions even as they expected a cut in corporate taxes but offered a hefty tax rebate for the smes and msmes by reducing by 5% to 25% which is expected to boost production in this sector often considered neglected. Government anticip[ates that 96% of msme sector would benefit.
For the individual tax payer, Jaitley offered to half the 10% cut on incomes between Rs 2.50 lakhs to Rs 5 lakhs in the entry slab so as to put atleast an additional Rs 12,500 per person in the hands of each tax payer with a view to promote consumption and promote manufacturing and consumers goods sector. This is seen as a both demonetization effacing and a move to placate voters hit by cash crunch. This will influence voters.
In a path breaking move, government decided to abolish the foreign Investment promotion board (FIPB) and also come out with a new foreign direct investment (FDI) policy as a major step towards cutting red tape, bureaucratic delays and providing direct access for investments for foreign investors. This is expected to restore investor confidence in the country where rating predicting agencies have been scaling down GDP growth rates to less than 5 %.
Jaitley said government aimds to peg fiscal deficit at 3.2% of GDP in currenct fiscal ad follow it up with 3% next fiscal and aim for growth rate of 6% an above in current fiscal and further up in next fiscal. To consolidate India's position in the energy sector, government proposed to create a integrated oil company that could compete effectively with oil giants of the world at a time when crude prices had started the ascending trend. Its not clear if government will merge only the down stream or upstream companies or both to create a behemoth. It is an educated gues that government might create a holding company that would control the activities of both downstream companies such as iocl, hpocl, bpcl among others and upstream companies such as ongc, ongc videsh and oil India ltd. The idea is to bring synergy in operation compete globally effectively as India has acquired considerable foreign oil assets for its energy security in Russia and Vietnam to speak of exploring n north Africa.
Government expects a revenue loss of rs 22,700 crore because of the tax break but a reveue gain of rs 2700 crore through a 10% surcharge on incomes between rs 50 lakh and one crore over the existing 10% surcharge. Overall net loss in revenue would be rs 20,000 crore which government feels it would make up easily as it feels tax breaks will bolster consumption and consequently growth in a cash strapped economy now.
As banks are now strapped with lots of cash since demonetization, government has in addition provided Rs 10,000 crore to recapitalilse them so to enable them to drop lending rates so that housing sector picks up as loans could become cheaper. To tackle inflation it has limited market borrowing to 6.08 lakh crore. Tax revenue is estimated at rs 12.27 crore.
Jaitly observed that India was largely non tax compliant nation. Furnishing statistics he said GDP to tax ratio was quite poor. It was 7% in 2016, 7.6 % in 17 and 7.8% in 2018 esimat3ed. He said 99 lakh people were in the under 2.5 lakh category and 1.,5 crore in 2.5 lakh to to rs 5 lakh tax bracket, 52 lakh in rs 5 to 10 lakh brackets and only 24% in the tax bracket of incomes above rs 10 lakhs a year. Interestingly though they were paying low taxes their consumption patterns were intriguing.
To further cut black money transactions , Jaitley proposed to limit all cash transactions to rs 3,000 in cash which raised doubts about its viability as 88% of transactions in the country were in cash and most of it in rural areas. Digital was yet to gwoth exponentially. ON the capitalgains sector, Jaitly reduced the cap on retention to 2 years from 3 years.
Jaitley raised allocations in the farm sector, introduced loan waivers, increased outlay on rural sector, infrastructure sector, defence sector, and schemes for the youth to further their educational prospects.
Overall, Jaitley's budget did not offer anything sensational expect that I dovetailed the railway budget into it as part of the transport sector and provided an outlay of over rs 1,32.000 crore to promote the entire transport sector along with roads, ports and highways and freed the railways of paying dividends to the central government.
By and large the 2017-18 budget of the Modi government presented by FM Jaitley did not tinker with existing system and left the indirect taxes of customs and excise untouched due to upcoming GST in July 2017. It has wooed the middle class with more cash in their hands by slashing tax rates, promoted msmes, left corporate sector disappointed, and has aimed for the voters in five states with a view to placating them as they were hit by a cash crunch since demonetisaton. Lets see how these translate into votes in UP, Uttaharkhand, gopa and others.
In short a balanced budget.
T N Ashok, Senior Journalist, DelhiBudget 2017
Tags
Budget 2017
Follow