Home » Open Ed » Banks Flush with Cash, But No Money to hand out to Citizens - Paradox to continue till printing presses cope with demand -Foreign Media Critical of Implementation Mechanism

Banks Flush with Cash, But No Money to hand out to Citizens - Paradox to continue till printing presses cope with demand -Foreign Media Critical of Implementation Mechanism

India is going through the most paradoxical situation ever witnessed in its monetary history.... 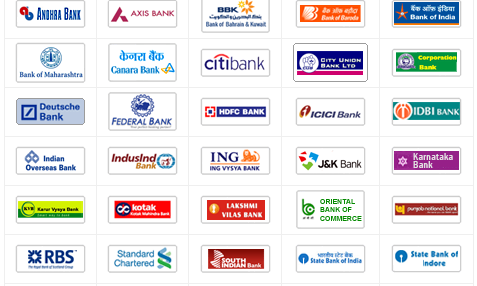 India is going through the most paradoxical situation ever witnessed in its monetary history. Commercial banks, particularly the state owned ones euphemistically called the public sector undertakings, which were under fire for mounting Non-Performing Assets (NPAs) , are now flush with cash. Yet they are unable to hand out cash to a portion of the 1.3 billion citizens who hold bank accounts and cannot take out their own hard earned money.

That's the paradox. The fault does not lie with either the banks or with the government which launched an all-out assault on Black Money, Terror Funding, Corruption and Fake currencies by invalidating the high value Rs 1000 and Rs 500 notes. A very noble ideal objective indeed of the Prime Minister Narendra Modi who swept the 2014 general elections on the back of a pledge to the people to root out corruption as the previous UPA regime was riddled with multiple scams.

Over Rs 11 lakh crore deposits in terms of the demonetised notes has entered the banking system in 24 days since the government initiative that took an entire nation by total surprise. What followed the next day is history, chaos, serpentine queues at banks to exchange notes, panic driven people lining up at bank counters and ATMs to withdraw money , limited by government to Rs 2500 a day at ATMs and not more than Rs 24,000 at banks in a week, to withdraw even this little money as if there was no tomorrow for them.

It appears that more than the govenrment's unpreparedness to handle the cash out situation , it's the panic of people that has led to an extraordinary situation particularly in urban areas.

Coming to the paradox. Banks may be flush with Rs 11 lakh crore deposits. They are all in currency that has been invalidated by the government. They need to be replaced. Official statistics show that on November 08 , as much as 22 billion currency notes were sucked out of the economic system. Some 16 billion of this was constituted by the high value Rs 500 note and six billion of Rs 1000 notes.

Progressively over the years, as India's economy grew leaps and bounds, through 10 prime ministers since Mrs Indira Gandhi, who shocked the nation with bank nationalisation and abolition of privy purses, the government printed less and less of Rs 100 notes and increased the high value Rs 500 and Rs 1000 notes as it was easier to handle the growing trade within and outside besides saving on the costs of printing currency notes.

When demonetisation was unleashed, 86% of the currency was held in the high value notes and only 14 % were held in notes in denomination of Rs 100 and below. This 86% has to be replaced by the government for the banks to dispense cash to the people. That's the paradox.

Government estimates that 14 lakh crore currency was in circulation in the economy. Of this it estimated that 4 lakh crore was in terms of its target to flush out and bring it onto the mainstream. The main target of this was 2.5 lakh crore in black money in terms of tax evaded income and the remaining in dubious currency . Dubious because its suspected that some 1.5 lakh crore was in circulation for terror funding of extremists in the valley and Maoists in different parts of the country. Essentially counterfeit currency was being pumped into the economy for arms purchases. Since demonetisation cash strapped Maoists have surrendered to government at many places.

Some 2 lakh crore was unproductive money lying at home with house wives or others holding onto it at home for an emergency. The government has succeeded in flushing out a major part of the 2.5 lah crore tax evaded income and the unproductive Rs 2 lakh crore lying at homes. The dubious money would probably never be converted and come into the system again.

So of the 14 lakh currency in circulation, a major portion of which was sucked out, banks have managed to bring back 11 lakh crore into the main banking channels. Some three lakh crore remain. It's a matter of time that will also come back into the system, what percentage may be debatable.

Banks faced with bad loans given to top industrialists has managed to balance its books with the sudden flush of cash but still are saddled with the responsibility of recovering them from people like the liquor baron and owner of the defunct Kingfisher Vijay Mallya who has sought refuge in London and who has been ordered to be repatriated to India to face the charges.

On paper , banks have the money but on balance they don't have the paper, that is the new currency to be handed over to the people. Here are the dynamics. Banks need to replace the 86% currency sucked out, they have almost 80% of it , but held in worthless pieces of paper , which need to be replaced by the Rs 2000 and Rs 500 currency printed all anew.

Printing presses in the country, according to the Former Finance Minister P Chidambaram, have the capacity to print only Rs 300 crore worth of currency every month. Government needs to replace immediately Rs 2100 crore into the system which is estimated to be the amount needed to sustain the cash economy. PM wanted 50 days to normalise the situation, FM extended it by a couple of months. The reality is its going to take seven months to pump this badly needed money into the system if one goes by Chidambaram's estimate. So citizens wait it out until May 2017 latest for situation to normalise.

Currency rationing is virtually on at banks as tellers tell depositors that they can't withdraw more than Rs 5000 per head per account as cash has dried out. Even as currency mules have been weeded out of the long queues, genuine depositors want to withdraw money, whether they actually need it or not, the bank has not been adequately stocked to hand out cash.

Government has managed to replace six billion of the demonetised Rs 1000 notes in circulation through three billion notes of Rs 2000 new currency. This was not a difficult task as it was printed in the Reserve Banks own in house printing presses. But the smaller Rs 500 notes are being printed at Nashik in Maharashtra and Devas in Madhya Pradesh.

RBI and government face monumental logistical and security problems in moving these Rs 500 notes into different parts of the country. The capital has them but most southern states are yet to receive these Rs 500 notes. People drawing the Rs 2000 notes from bank counters or ATMs have a huge problem changing them at shops. So at ATMs there is a reluctance to take them, instead they take out the Rs 500 and Rs 100 notes which are already limited in circulation.

So this adds to the cash crunch and this is the essence of the problem the nation is now facing. Partly inability of the administration to pump in the new currency to replace currency sucked out and partly panic of citizens to withdraw money more than what they need out of fear that no currency would be available tomorrow to do their daily transactions. Government has appointed a committee of CMS to study the situation and recommend steps and some more committees to discuss with RBI on future steps to resolve the crisis.

However noble and brilliant the demonetisation move was shrouded in much secrecy before the lethal blow came on the tax evaders and black money, it didn't have the backup plan. Prime Minister Narendra Modi, who has a huge fan following overseas with heads of state and prime ministers and Bretton Woods institutions' chiefs, for his plans to resurrect India's economy and make it absolutely clean, his friends in the media have turned critics too , from New York Times, to Washington Post to Asian Wall Street Journal have faulted the implementation plan while hailing the main objective.

London Economist has been most candid in its comments. This is what it has to say: "However clever the plan looked on paper, it is both extraordinarily blunt and risky. Demonetisation will probably make only limited strides in shrinking the black economy while affecting all of India's 1.3bn citizens, the poorest most of all."

The Economist noted that much of the Indian economy especial outside big towns was cash based but financial infrastructure was least developed. So the sudden invalidation of a vast amount of outstanding currency represents a significant monetary shock. Not all of India's shadow economy—which provides real employment and income, if not real tax revenues—can migrate quickly and easily above board, it noted.

Whatever cannot easily be shifted represents a potential loss of economic activity, and a drag on broader Indian economic growth. Similarly, if cash crunch forces small firms without access to credit to shut down, the eventual alleviation of the cash shortage might not lead to an immediate and complete revival of economic activity, the Economist said.

Managing an economy's money is among the most important tasks of the government. Clumsy use of monetary instruments comes with high risk. John Maynard Keynes, an economist, was echoing Lenin when he wrote in 1919: "There is no subtler, no surer means of overturning the existing basis of society than to debauch the currency." Trust is fragile, and precious, the Economist says.

So, former Finance Minister Dr Manmohan Singh may not be far wrong in saying India's economy could be dragged down by 2% from the 7.5% GDP growth which made it the fastest growing economy in the world surpassing China's 6.7%. Rating agencies like Fitch fear it will come down to as low as 3.5%. But Finance Minister Arun Jaitley while admitting it could come down in short run , in the medium and long term growth will pick up. An educated guess is economy will slow down in the short term till end of FY 2016-17 but pick up in FY 2017-18 Q1 April to June and back on track in Q2 July September. Only time will tell.