Agriculture is the backbone of India. Over half of the country's population is dependent on ... 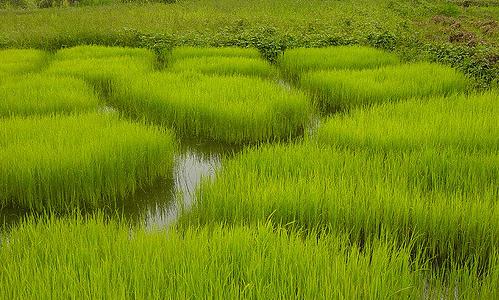 Agriculture is the backbone of India. Over half of the country's population is dependent on agriculture for livelihood. Therefore, when we hear of poor rainfall, failing crops and farmers lost in suicide, the picture of India as a socially progressive nation is difficult to visualise. Even though Indian agriculture experienced a green revolution that started in the 1960s, somewhere along the way, it became stagnated. May be, the focus shifted to industrial and urban development, at the cost of ignoring the green sector.

Through the green revolution, farmers had access to high-yielding varieties of seeds and fertilisers that in turn increased the productivity of the agricultural land. However, extensive use of these fertilisers to augment crop production damaged the quality of the soil for future crop cultivation. Negative environmental changes that have hit the world at large, depleted the water table of the farmland, aggravated by failing rainfall. Everything seems to go against the farmer. And the most hit is the marginal farmer who owns less than two acres of farming land for cultivation, as he is unable to utilise modern technology to help him, in the small area he owns. Besides, in the absence of a regulated market, these farmers have to depend on local traders and middlemen and end up selling their farm produce at a throw-away price and hence at a loss. These factors have cumulatively and progressively resulted in decline in the income of the farmers, taking the farming community to poverty and despair, and even to suicide.

Several research papers have come out with proposals that should help revive the farming community.

· Larger land holdings enable farmers to implement modern agricultural techniques that can boost productivity. An alternative solution is co-operative farming where farmers pool their resources and share the profit. This method found great success in the white revolution of India and the success of Amul, with Varghese Kurien as the author of the success story.

· While artificial fertilisers have helped in increased productivity, in the bargain, the soil has been depleted without much care for its replenishing, resulting in 'exhaustion'. The use of organic manure and fertilisers instead, help maintain the soil in healthy condition.

· The country has an abundance of rural and urban composts that could be diverted to the farms for healthy soils, while effectively disposing waste in the country. We know that garbage disposal is a looming problem in India.

· It is the responsibility of the government to come out with a regulated market system to overcome the menace of middlemen who take away half of the price of the agricultural produce, leaving little income for the farmers.

· The present inefficient government storage facilities for grains, needs to be addressed so that bulk farm supplies do not end up rotting in godowns. Transportation of the farm produce too gets badly affected on the poor roads, especially in adverse weather conditions. Infrastructure refurbishing of the rural areas is long overdue.

· India is importing cooking oil to meet the requirement of the consumers. It is found that certain agricultural areas have the adaptable soil and weather conditions to readily switch to growing more oilseeds to meet the domestic demand. This calls for a holistic evaluation of the current situation of the country's agricultural sector, and its potential for better utilisation for crop cultivation, not only for oilseeds, but for other crops as well, like the millets, for example.

Fortunately, we seem to have the solutions at hand, or at least on paper. The lacuna is in the implementation and committed follow through, to its success. One wonders if one needs to wait for a Varghese Kurien to take farming and agriculture in India to a truly successful green revolution through the creation of a small-farmer-controlled network of farming cooperatives. In the meantime, the national focus should shift from Smart Cities to "Smart Rurals".

This way, we should be able to lure young potential farmers, now sitting in software companies and urban offices, back to where they belong – in the farms, where they can contribute to the core national wealth in agriculture.