Home » Guest Articles » Why India celebrates New Year in March-April in all states? A scientific and astronomical explanation

Why India celebrates New Year in March-April in all states? A scientific and astronomical explanation

Indian New Year In the month of March-April we ring in the New Year as per Indian calendars. We u... 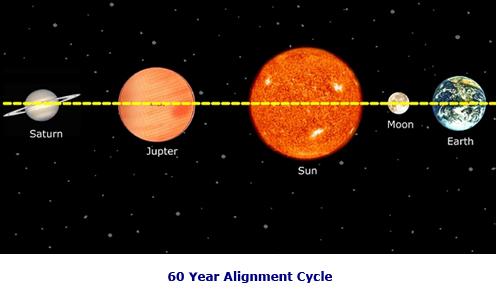 In the month of March-April we ring in the New Year as per Indian calendars. We use the word "calendars" because India has a variety of calendars, some are lunar based, some are based on the Sun, some are luni-solar and some are Jovian i.e. Jupiter based.

States such as Karnataka, Andhra, Maharashtra and few others, which follow the Chandramana calendar celebrate – Ugadi and Gudi Padava, as their New Year respectively, based on the day after the New Moon.

In any case, most of India also follows an overall Jovian system or Jupiter based system wherein years are counted in cycles of 60 years. i.e. 60 years have different names and once 60 years have passed, the 61st year gets the same name as the first year in the 60 year cycle.

This 60 year cycle is called a Manava Yuga.

While the Earth revolves the Sun in one year, Jupiter revolves around the Sun in 12 years and Saturn revolves around the Sun in 30 years. The lowest common denominator, i.e. the earliest time when both Jupiter and Saturn can meet at the same position, with respect to the Sun, Moon and Earth, is 60 years. Hence this 60 year cycle. The sixty year calendar cycle repeats itself and each of these years has a name, which is said to denote some qualitative aspect of the year.

The 60 year cycle is also called as Manava Yuga, because a person's prime life is considered to be 60 years. It is called Yuga, because, it is an alignment. An alignment of man on Earth, the Earth, the Moon, the Sun, Jupiter and Saturn. As we have seen before, Yuga, comes from Jug or Yog which means union as in Yoga which is a union of body and mind. 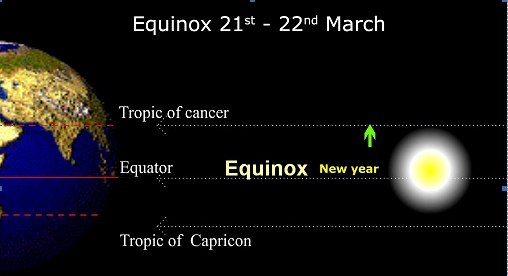 In the Sauramana calendar, the movement of the sun is used as the base. The equinox is when the Sun is exactly over the equator. After this day the Sun moves towards the northern hemisphere.

This point has therefore been used as the starting point for a year by those who used the Sun as the basis for the calendar.

The Indian word for equator is Visvadrutta Rekha meaning that which splits the world into 2 halves. The word Vishu thus denotes equal and the New Year festival in Kerala is called Vishu, when the sun is at the equal position in its annual transit.

A few thousand years ago, when this type of calendarical system was probably formed, we had the occurrence of equinox on April 14th. Today the equinox occurs on March 21st. Here there is a difference of 21 days between March 21st and April 14th.

This difference is due to the precision of equinox, where we must adjust 1 day in every 72 years. Such adjustments were done until 1500 years ago or more during the period of Varahamihira in 530 CE, post which it was not paid attention to, due to which this gap has occurred.alendar Reform 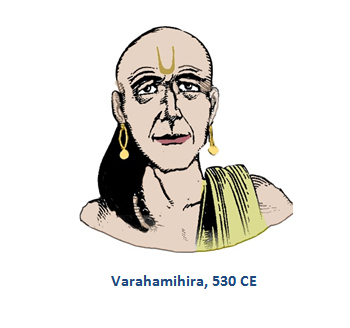 When India attained its independence, a Calendar Reform Committee was constituted with the renowned Astro-Physicist, Dr. Meghanand Saha as its Head. This committee studied all these calendars, understood the nature-based aspect of these calendars of India and suggested that the Indian calendar should start on March 21st keeping in mind the precession of equinox factor that has occurred since the last calibration of the calendar. This calendar, with the year starting from March 21st has now been accepted and used for all official, government records.

This knowledge of calendrical system should help us realize the wholistic, scientific and nature-based concepts behind calendars of India and the festival of New Year.