Home » Guest Articles » What Trump has for India?

What Trump has for India?

In spite of all the poll predictions and expectations, Donald Trump has won the US Presidential... 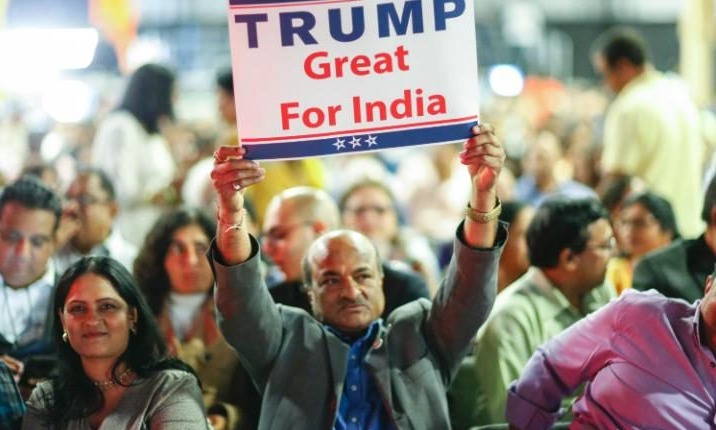 In spite of all the poll predictions and expectations, Donald Trump has won the US Presidential Elections 2016. Trump, a business tycoon turned politician will become the 45th President of United States in January 2017. President Elect Trump's acceptance speech was highly matured and was totally different from the speeches of Presidential Candidate Trump. This speech has removed all the fears about Trump, built by the media against him.

How the past relations were built?

Experts have now started predicting the future of bilateral relations between India and US. The past history of India-US relations reveals that only Geopolitics, Strategic calculations and common interests played a greater role than personalities.

Besides being the President Elect, Trump is a hardcore businessman. He has always encouraged an increased investment in India. He has also praised the present Indian government's hospitality for welcoming investments. But there are some concerns to India on some key issues like Intellectual Property Rights and job outsourcing especially in the IT sector. Analysts have mixed responses.

India is wary of her neighbour Pakistan's stand on Terrorism. In 2015, during an American radio show, speaking on the Foreign Policy issues Trump described Pakistan as "probably the most dangerous" country in the world and added the only country that could "check" Pakistan was India. Further he added Pakistan was "a serious problem" because they had nuclear weapons. "You have to get India involved ... They have their own nukes and have a very powerful army. They seem to be the real check ... I think we have to deal very closely with India to deal with it (Pakistan)", Trump added.

No US president so far has taken a hard stand like this on Pakistan at least in recent times. And it is also expected that Trump may support India's Nuclear Policy. He also has plans to take tough stands on China as far as trade and currency is concerned, which may work in favour of India's interests. Analysts feel that Trump's policies on China will not be against the interest of India.

Last month on a fundraising event, Trump said "I look forward to working with PM Narendra Modi who has been very energetic in reforming India's bureaucracy. Great man. I applaud him for doing so". It looks like Trump will maintain a warm relationship with Narendra Modi in the interest of both the countries.

Please watch the speech of Trump on India and Narendra Modi, during his election campaign:

Though we cannot conclude what would be his policies towards India, based on his election campaign, there is nothing in his speeches against the interest of India. India has to carefully craft the strategies for bilateral ties, making use of his positive views on India.