Even as the United States under outgoing President Barack Obama expects China to return the underwa... 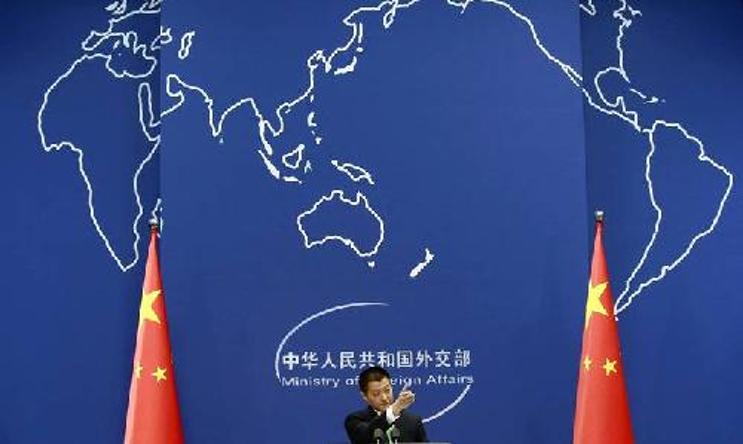 Even as the United States under outgoing President Barack Obama expects China to return the underwater drone seized by a PRC naval vessel in South China seas, clearly the bilateral relations between China and USA are going to be on choppy seas following this incident.

Especially because the new incoming President Donald Trump has already ruffled China's feathers by talking to the Taiwanese President and casting doubts on the One China Policy of PRC. The drone seizure incident comes days after Trump broke diplomatic protocol by accepting a congratulatory call from the Taiwanese President Ms Tsai Ing –wen of Democratic Progressive Party that won the elections this year . China reacted angrily as it sees Taiwan as a breakaway province.

China has felt slighted because after years of the United States state's declared foreign policy of respecting the People's Republic of China's One China Policy, there has been a departure. In recent years from the Bush regime to the Obama regime, United States had not deviated from this stand.

But now despite, repeated assurances from the White House of the basic building blocks of U.S.-China ties not being altered in any way, President elect Trump has escalated matters by questioning the One China Policy. Throughout his elections campaign Trump had maintained that he would renegotiate the terms of America's engagement with China, one of its largest trading p partners

Trump even went to the extent of accusing Beijing of currency manipulations. Now the question being asked in diplomatic circles is whether Trumps attacks on China and questions over the One-China policy are just a continuation of his campaign rhetoric, or part of a well-thought-out policy to establish a new normal in ties?

Diplomats and economists are one in their assumptions that Trump is a clever strategist and that he might be using his views on One China Policy as a bargaining chip for extracting major concessions from China to alter the US China bilateral trade ties in its favour. Trump himself has indicated this in an interview recently. Trump had wanted concessions from China over key issues such as trade, South China Sea disputes and the North Korea nuclear crisis. By raising the sensitive Taiwan issue, he is trying to gain some bargaining leverage over China, international analysts believe.

So the drone has become pawn in the game between the US and China for a trade- off. While US might look for trade concessions, Beijing on the other hand, it is learnt, is not taking the so called intrusion into what it considers it territorial waters as it, one it sees US flexing its military muscles and secondly feels it might be part of a strategic move to explore the region said to be very rich in mineral resources. China has reiterated that the One China policy is non-negotiable. It has installed anti-aircraft weapons and other arms on all the seven artificial islands in the South China Sea.

Yet China will find it difficult politically difficult to brush away Trumps apparent moves to change the rules of game governing Sino US relations. Naval experts consider China as a caged naval power because in the geo political context It has access to both South and East China Seas.

But China cannot extend its military or naval might that easily to gain sovereign control of the south China seas because there are several islands here such as Taiwan, Japan's Ryukyu Islands, and the Babuyan Islands of the Philippines which seek to blocks its ambitions.

China is extremely sensitive about Taiwan because of its geopolitical vulnerability. China definitely does not want other powers to dictate or change the rules of engagement on its seafront, international media analysts suggest. If Trump tries to do just that the way he handles his foreign policy now, he could compromise the progress the U.S. and China have assiduously made in bilateral ties over the last four decades, these analysts say. .

The United States on its part is extremely concerned about the drone seizure and views it as an aggressive posture in the disputed South China Sea. The U.S. Navy, according to international media reports, has about 130 such underwater drones, made by Teledyne Webb, each weighing about 60 kg (130 pounds) and able to stay underwater for up to five months. They are used to collect unclassified data about oceans, including temperature and depth. Widely used around the world, it is unclear how many are used in the South China Sea.

Even as Obama is on his way out as President, what has hurt China is Trumps tweet over the incident which says : "We should tell China that we don't want the drone they stole back - let them keep it!". China is also worried over Trump's charges of currency manipulations levelled against it and his determination to force changes in U.S.-Chinese trade policy. Trump claims Chinas moves on the currency issue has led to the theft of American jobs in history.

What is Trumps aggressive postures on the One China Policy or the South Chinas seas dispute doing to its allies in the region? A US official speaking on anonymity had said the somewhat muted U.S. response to the seizure, coupled with Trump's abandonment of the Trans-Pacific Partnership trade agreement is creating an uncertain situation in the region. For instance, Philippine President Rodrigo Dutertes erratic policies and Malaysia's corruption scandal is creating uncertainties over American commitment to the region.

Philippines has said it was troubling that the incident took place inside its exclusive economic zone (EEZ), as it increased the likelihood of "miscalculations that could lead to open confrontation" very near the Philippine mainland, according to reports. .

While the U.S. Navy under the Obama administration has sent warships periodically sailing near artificial islands claimed by China over the last year or so, the reports suggested that it has mostly acted cautiously, seeking to avoid escalation with Beijing, which claims large swathes of the resource-rich waterway. In October, the United States carried out a freedom of navigation operation in the South China Sea, sailing within waters claimed by China, but not within the 12-nautical-mile territorial limits of the islands. Though Trump has been aggressive he has given no clear policy indication on how he plans to deal with the dispute in the South China Sea so far.

Does the United States count on India's support on south china seas and how will India play out the role is a key factor besides how the US allies such as Japan, Philippines stake it out. India, it would appear, has already hinted at an anti-China stand under the Modi administration on the South China
Sea issue in retaliation for Beijing blocking Delhi's bid to enter the Nuclear Suppliers Group (NG). Though India has remained neutral on the issue it might attempt to squeeze China after the drone incident by making its stand clear on China's historical claims on the most hotly contested waters in history.

Everything will become clear once President Elect Donald Trump assumes power on January 20 and states his policy on the IT sector dominated by India in the United States as it contributes about US$ 2 billion to the American treasury and has created over 4.5 million jobs for Americans. India has commercial relations too in the South China seas as the state owned ONGC Videsh has contracted offshore oil fields and is doing exploration for oil as part of its effort to build overseas assets and enhance the country's energy security. Both India and USA might have common interests and the latter could use the IT as a bargaining chip to extend support.