Home » Ezine » Why is the Judiciary Under Criticism?

Why is the Judiciary Under Criticism?

Indian Judiciary is under criticism by the public in the recent days for their judgements. This article analysis the reasons behind such criticisms. 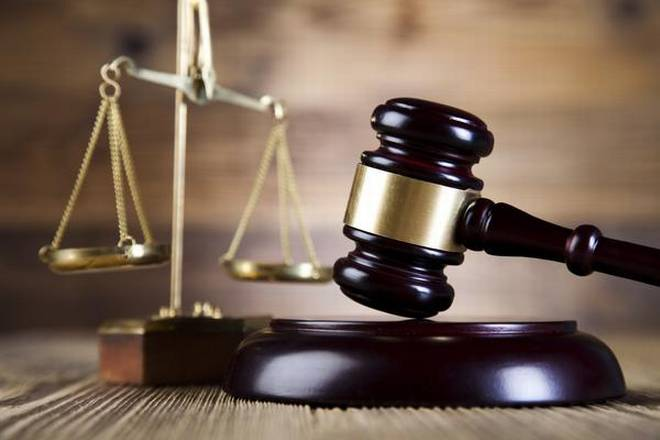 Some recent judgements delivered by the Hon'ble Supreme Court of India has attracted unprecedented debates, not witnessed in the past. The social media is flooded with 'memes', teasing the judgements.

As per the 'Doctrine of Separation of Powers', the Legislature, the Executive and the Judiciary should maintain checks and balances, without overstepping into others' jurisdiction. People impose their faith on the judicial system as the saviour of last resort, when the other pillars of democracy fail to redress. That is the reason that people the world over, expect the judiciary to be beyond criticism.

A month ago, some judgements on nationally sensitive and important issues, were delivered by the Supreme Court. In the last decades, it was only the mainline media that used to comment or review the judgements of the courts, that too with restraint. With the emergence of the social media, people are posting their reactions and comments about the judicial system and some of its rulings. This has increased the responsibility and prudence of the judicial system.

The recent judgement scrapping Indian Penal Code (IPC) Section 377, decriminalising homosexuality, though justifiable in the eyes of law, has attracted immense criticism in the public domain. Another important judgement scrapping IPC 497 has led to a peculiar situation, where if a married man has an illicit relationship with a married woman, it is legal, whereas if he marries her, it becomes illegal.

The recent Sabarimala Judgement scrapping the centuries-old religious practice of disallowing women inside the temple, has attracted protests in many parts of the country, particularly in the South. Similarly, the judgement restricting the window for bursting crackers for festivity to two hours, between 8 pm and 10 pm on Diwali festival day, has created confusion and dissent. In the South, Diwali is celebrated in the early hours of the morning from 4 am. It would be difficult for the police authorities to take action against the 'offenders', in the light of the revised judgement. Questions are being asked whether the judiciary can and should interfere about the methods of celebration of religious festivals.

In the case of the scrapping of IPC 377, the Supreme Court might have delivered the judgement to protect the rights of LGBT (Lesbian, Gay, Bisexual, Transgender). A majority of the public seems to feel that the Supreme Court is being influenced by media hype and the sensation aroused by a handful of activists promoting views and ideas from the western world.

People are also questioning the wisdom of the judges who deliver a series of judgements just before their retirement on superannuation, though they were pending for a long time. This appears to be the case with all the judges in India. Some senior advocates explain that it is due to the long pendency of litigations, and the fact that the judge who has once heard and reserved the judgement, has to deliver the judgement. If it is not delivered, it leads to further dislocation. Therefore, long pendency of litigations seems to be the cause of the last-minute rush to clear cases.

In the case of retiring bank chairmen, powers for taking important decisions which have far-reaching consequences, are withdrawn from them three months before their retirement. A similar model can be considered for adoption by the courts in India. Judges could thus be prevented from delivering judgements which have far-reaching consequences, on the eve of their retirement. They should not be pressurised to prepare the judgements in the last leg of their term, to be delivered just before retirement.

Although the Supreme Court has clear guidelines about allocation of cases, it is understood that due to various reasons like long pendency of cases, and shortage of judges, such guidelines are not being implemented effectively. Recent media reports indicate that the new Chief Justice of India is viewing the issue of long pendency seriously and is taking steps to reduce last minute rush. He has advised all the judges across the country to avoid taking leave or availing the Leave Travel Concession (LTC) facility, or attending seminars during the working days, so that they can tackle the long list of pendency of cases in the courts.

It is strongly felt that courts should stay away from sensitive issues such as religious practices. In the case of Jallikattu (a bull-taming sports festival in Tamil Nadu), the Supreme Court faced a similar problem when it banned the sport, going against popular sentiments. Such judgements create law and order issues. The Supreme Court has the responsibility to ensure that the law and order situation is not threatened by their own judgements, and not expect just the State Government to ensure law and order in the fallout of the judgements.

Sabarimala is a cult by itself. The Supreme Court judgement has stirred an hornets' nest with political and communal ramifications. Many people in South India feel that the Supreme Court should not have intervened in the matter of the centuries old religious practice, when many other more important and critical cases are pending for judgements. It was strongly opined that people who are familiar with the local socio-religious practices in Kerala, should have been consulted. This would have helped in avoiding the unwanted debate and apprehension in the minds of the public about the sensitive matter, leading to outburst of criticisms in the social media.

There is a feeling among the public that there should be 'judicial restraint' and not 'judicial over reach' under the guise of public interest litigation. Courts should examine the locus standi of the person or the association filing the litigation, especially if it has emotional and sentimental overtones. In this case of Sabarimala, the case was filed by an association of people, neither associated with nor devotees of the Sabarimala temple.

The temple is meant for worship by believers and those having faith in the deity. It cannot be treated as a tourist spot. All over India, every temple has its own worshipping methods and practices. Courts should refrain from admitting and passing judgements on cases involving traditional 'religious faith', whether such practices are legal or not.