Generally in India, while most other professionals are honoured for their excellence in their... 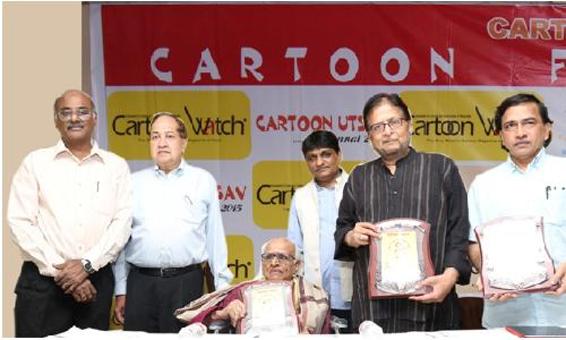 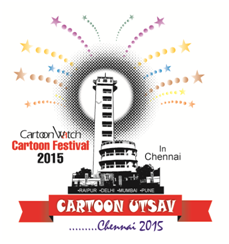 Generally in India, while most other professionals are honoured for their excellence in their respective fields including journalism, artists and cartoonists who add flavour to the print and visual media, are unfortunately, an ignored lot. They work silently behind the scene without being sufficiently recognised, both professionally and monetarily. The cartoonist community does not even have proper professional forums in most of the places.

In this background, 'Cartoon Watch', the only Indian cartoon magazine, published from Raipur (in the state of Chhattisgarh) has taken upon itself the task of identifying veteran cartoonists across the country and honouring them with the 'Life Time Achievement Award'. Cartoon Watch is published for the past 19 years. The magazine has also been organising cartoon festivals at different centres in the country, including Raipur, Delhi, Mumbai and Pune since 2003, to honour veteran cartoonists. R.K.Laxman, Bala Saheb Thackeray, Pran, Abid Surti, Ajit Ninan and Surendra were among those honoured by Cartoon Watch in the past. Former President, Dr. A.P.J.Abdul Kalam was the chief guest of the Cartoon Festival held at Delhi in 2011. Cartoon Watch magazine was included in the Limca Book of Records, in the India Book of Records and in the Unique World Records for its record as the only monthly bilingual cartoon magazine in India. 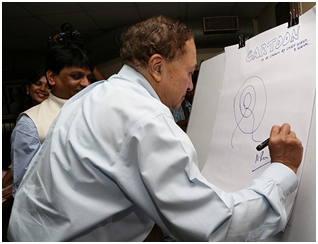 Triambak Sharma, Editor of 'Cartoon Watch' created the cartoon character, 'Prince' in the lines of R K Laxman's 'The Common Man' exclusively for the e-magazine, PreSense. 'Prince' was launched by Dr Abdul Kalam in 2008 at Chennai. Prince-toons are published in this e-magazine, PreSense for the past 85 months.

Shri N Ram inaugurated the Cartoon Festival by drawing a cartoon on the drawing board. All the other award-winning cartoonists, and Triambak Sharma followed by drawing sketches to mark the inauguration of the Festival. 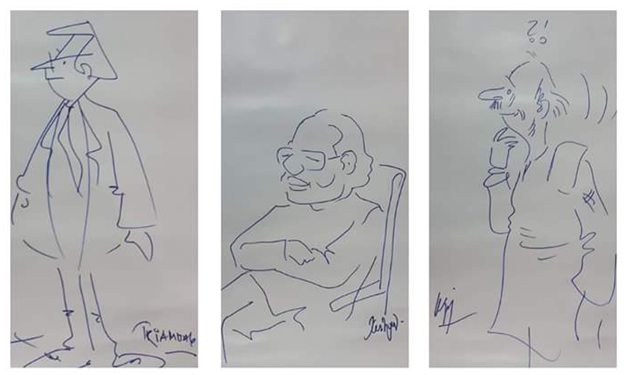 Sankar (92), the senior-most artist of Chennai, has been an artist for nearly 70 years since 1946. He worked with the Chandamama Group of Publications for 60 years since 1952. He is well-known as the creator of the 'Vikram and Vetal' series in the Chandamama publications. Even at the ripe age of 92, he continues to be active, drawing for 'Ramakrishna Vijayam', a Tamil monthly magazine of the Ramakrishna Math and Mission. At the request of some of the TV media reporters, he drew a sketch within few seconds on the spot at the Festival, with near flawless finish. (See the picture above)

Madan (68) is a multi-faceted personality. He is a cartoonist, actor, writer, journalist and TV personality. He served with the Ananda Vikatan Group for nearly four decades. His columns were popular among the readers, along with his cartoons.

Keshav (54) is a passionate banker-turned-cartoonist. He left a lucrative public sector bank job to join The Hindu in 1987 as a cartoonist and continues to serve the organisation till date. He is known for his political cartoons. He is also passionate about painting on mythological themes. 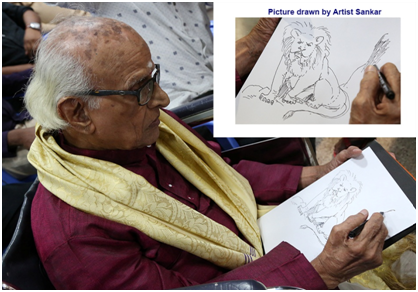 In an inspirational speech, N Ram took the audience down the memory lane of RK Laxman's select cartoons. He also remarked that Mumbai was considered the 'Cartoon Capital of India' during R K Laxman's era when he was alive. Looking at the sustained initiative of Cartoon Watch, N Ram felt that Raipur should now be called the 'Cartoon Capital of India'. The audience appreciated his suggestion with a thunderous applause. N Ram also felt that newspapers should allocate more space for cartoons.