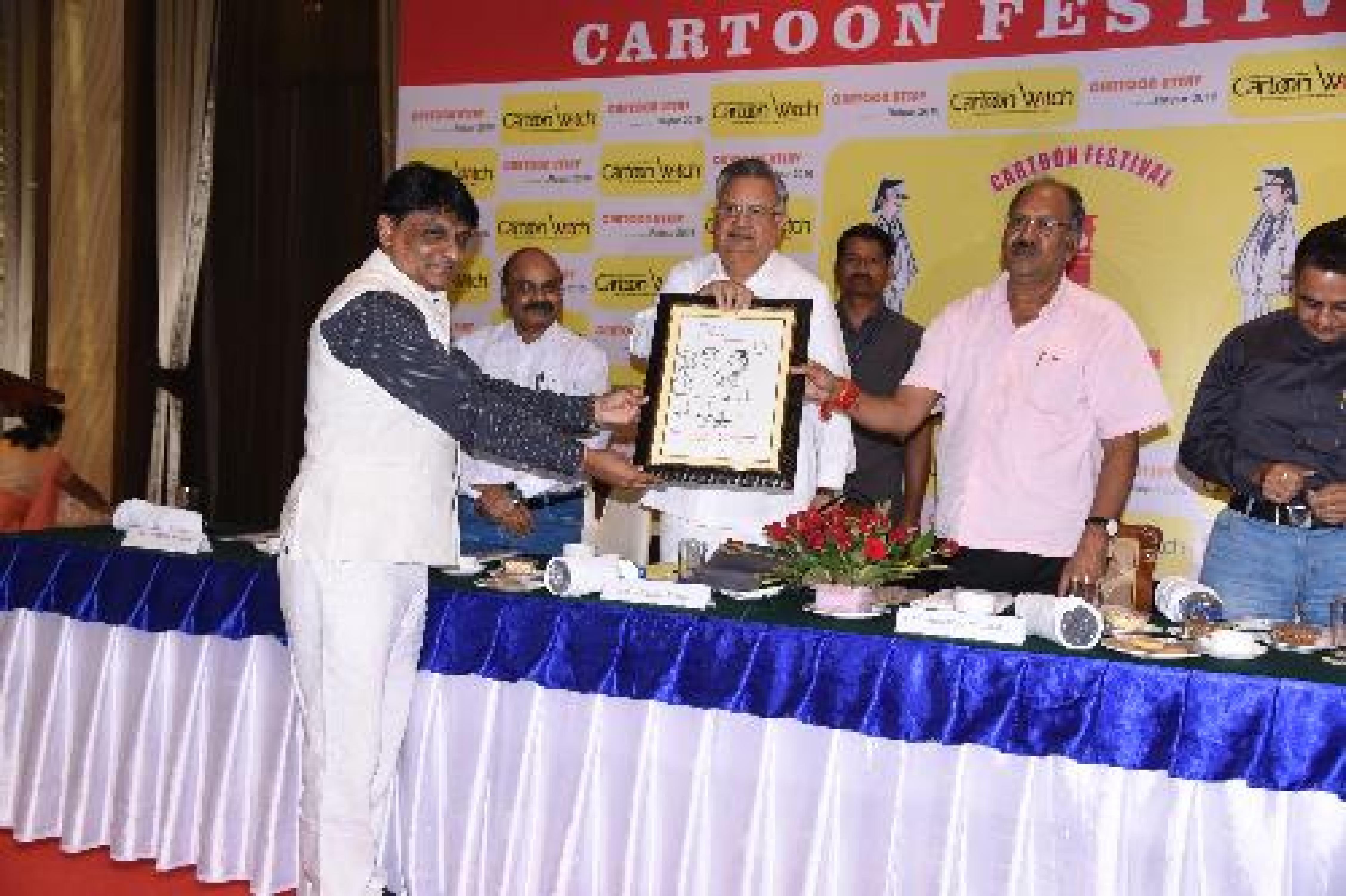 Dr Raman Singh, Hon'ble Chief Minister of Chhattisgarh launched the 100th Prince cartoon at Raipur during the Cartoon Festival 2016 on 12th October 2016. 'Prince' is the cartoon character published in this eMagazine PreSense since July 2008 edition. The first Cartoon with the Prince character was launched by Dr Abdul Kalam in July 2008 at Chennai.

Before the launch of Prince100, a video presentation by K. Srinivasan, Editor in Chief was screened before the Hon'ble Chief Minister and the audience. Dr Raman Singh, Hon'ble Chief Minister appreciated the concept of Prince Character and appreciated the eMagazine PreSense and cartoonist Triambak Sharma for carrying the messages through the cartoon character. Dr Raman Singh watched the video presentation with keen interest. Watch this video in this link.