Power to the People

The Panchayat Raj System has its share of success stories. They include empowering women through special concessions and facilities to them, reaching healthcare to the villagers across the remotest areas of the country, ensuring basic infrastructural amenities and enabling direct interaction with the people at the local level to address their needs. 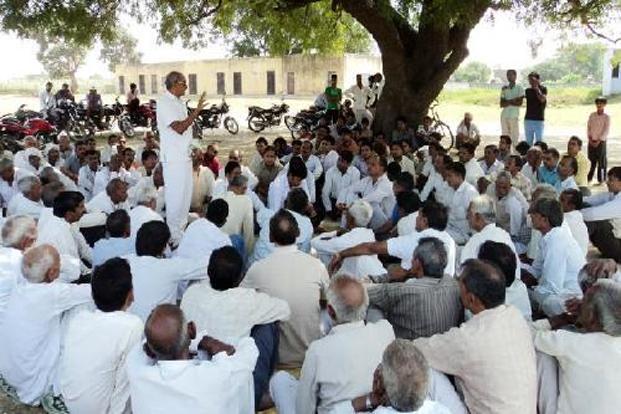 "India is poor because villages in India are poor. India will be rich when the villages of India are rich.

Panchayats should be given greater powers, for we want the villagers to have a greater measure of swaraj (self-government) in their own villages."

Even before this quote by Nehru, it was Mahatma Gandhi who nurtured the idea about democratic decentralisation through the Panchayat Raj System in India. After initial attempts on its establishment in the 1950s which failed, it took a series of failed attempts to deal with local issues at the national level, for the Panchayat Raj System to be brought into the picture again in 1992. The concept of micro-management and good governance at the grassroot level in the remotest corners of the country had to be proven its worth before finding itself a place in the Indian Constitution. The Constitution (73rd Amendment) Act, 1992 then came into force with effect from 24th April, 1993 institutionalising the Panchayat Raj System at the Gaon (Village), Anchalik (Block) and Zilla (District) levels. And so we have the 24th of April every year commemorated as the Rashtriya Panchayat Raj Divas (National Panchayat Raj Day), when individual Panchayats are recognised and honoured for good performance.

The Panchayat Raj System has its share of success stories. They include empowering women through special concessions and facilities to them, reaching healthcare to the villagers across the remotest areas of the country, ensuring basic infrastructural amenities and enabling direct interaction with the people at the local level to address their needs.

Panchayats enable local governance of the people by the people through their locally elected representatives. The Panchayat Raj System is a well-thought out concept and in its success, India should have been rich through its villages and villagers. The truth however tells a different story. Villages continue to suffer from inadequate basic amenities, inaccessibility to their rightful ownership of facilities, shabby grievance system to voice their complaints and inefficient delivery system for the people.

Our country can boast on paper, of efficient and effective systems in place like our well-thought out Indian Constitution and our well-conceptualised Panchayat Raj System (to name a couple of examples). Even then, the success stories are selective and few. The flaw lies in the implementation and execution, and the main culprit is the chronic infiltration of corruption into this public office over the years, with corruption becoming a working style rather than an impediment. Another reason for the faulty functioning of the Panchayat Raj is the interference of political parties in its election and governance. Only a selective few and not the people at large are in control, and have a say in its functioning. These selective few run the office for their vested interests. Besides, most of the people at the village and grassroots level are illiterate, ignorant, and naïve in the ways and knowledge of governance, letting themselves be exploited by those in power.

Therefore, while the Panchayat Raj is the right medium to empower the people and reach the amenities to them, the system needs to first be cleansed of its inefficiency, inadequacy and corruption and made absolutely accountable before we can see India becoming rich through its villages.